During the 50th Venice Art Biennale a retrospective on Korean artist Yun Hyong-keun is on show at Palazzo Fortuny, exploring his fascinating work & life.

“Since everything on earth ultimately returns to earth, everything is just a matter of time. When I remember that this also applies to me and my paintings, it all seems so trifling. But each day that I’m alive, I will record the vestiges of my life as it burns away, which will thus serve as the impetus for staying alive.” — Yun Hyong-keun, 1990

During the 50th anniversary of the Venice Art Biennale, a grand retrospective exhibition on the Korean artist Yun Hyong-keun (1928–2007) is presented at Palazzo Fortuny by the MMCA (National Museum of Modern and Contemporary Art, Korea) and MUVE (Civic Museums of Venice). The artist is mostly associated with the Dansaekhwa movement: a monochromatic style that became popular in Korea starting in the ’70s.

This will be the first retrospective exhibition of the artist since his recent death in 2007 and follows a critically-acclaimed exhibition of his work at MMCA Seoul. It focusses on Yun’s life, using over 60 artworks that span his entire career. One of the highlights is a meticulous reproduction of Yun’s atelier and also includes mesmerizing work by other artists  (Kim Whanki, Jeon Roe-jin, and Choi Jong-Tae), which Yun had is his studio. It recognizes and explores the role in the development of Dansaekhwa, this retrospective aims to examine Yun’s work in its own right and from a new perspective

The show is curated by Kim Inhye, from the MMCA, and it captures both the shattered national psyche of the time and Yun’s personal place within this. Which is highlighted by the heartbreaking works that Yun furiously painted in the wake of the Gwangju Massacre (May 1980). But also, the displays feature a wealth of personal materials, including early drawings, a large archive of photos, and strikingly honest excerpts from Yun’s private journals.

Yun’s canvasses simply and gracefully intertwine individuality and contemporary relevance, never losing the sense of refined modern sophistication which extends its influence across borders and into the rest of the world. Which falls perfectly in line with traditional elements of Korean beauty and aesthetics. However, his approach is attuned to the nature of Venice, as it is city ‘suspended between water and sky’. Here we see a fundamentally uncertain boundary between land and water, determining the shape of the city. A theme that is embedded in Yun’s approach to the canvas: his dense and firm brushstrokes are juxtaposed and overlaid with the pigment that bleeds out from the margins of the solid forms.

Just twelve years after his death, the show explores Yun’s life and art with unprecedented range and depth – through diverse materials and displays – bringing to life many details and perspectives that have not yet received adequate attention.

Twelve years after his death, this exhibition explores Yun’s life and art with unprecedented range and depth – through diverse materials and displays – bringing to life many details and perspectives that have not yet received adequate attention. Yun Hyong-keun, who has thus far been known primarily within the context of the Dansaekhwa movement in Korea, will be re-explored within the wider context of international art history.

To coincide with the exhibition there will be a printed catalog available for purchase in English and Italian, published by Hatje Cantz.

Cover image: Photograph of Yun Hyong-keun, Courtesy of The Estate of Yun. Hyong-keunYun in front of Kim Whanki and his own works at Seogyo-dong studio, October 1974Courtesy: The Estate ofYun Hyong-keun Image Copyright: Yun Seong-ryeol. 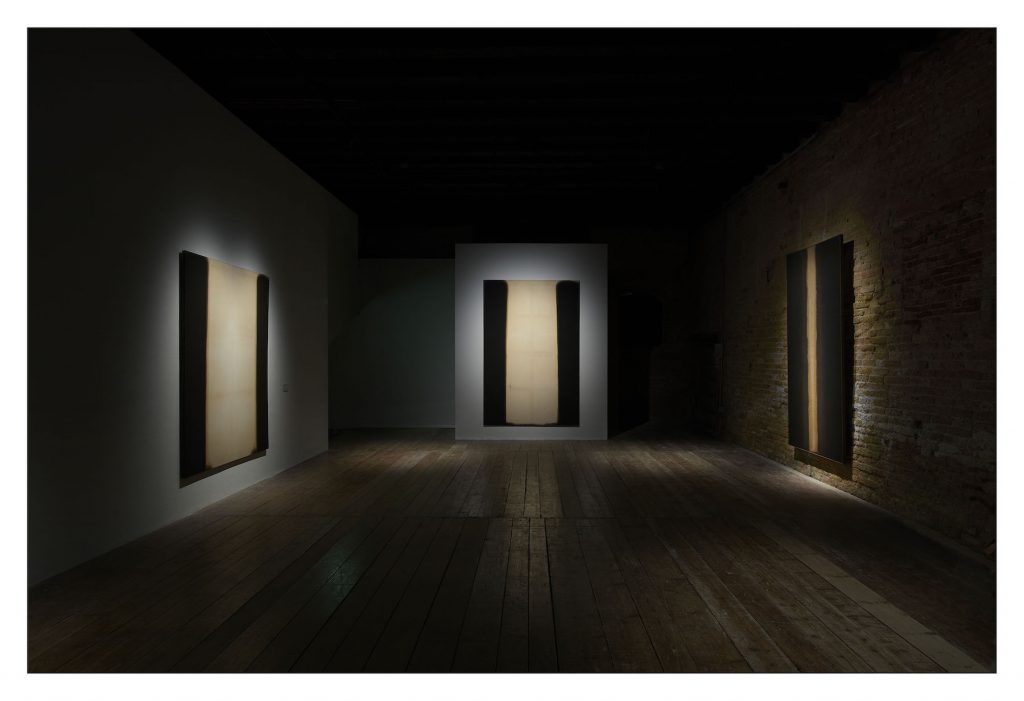 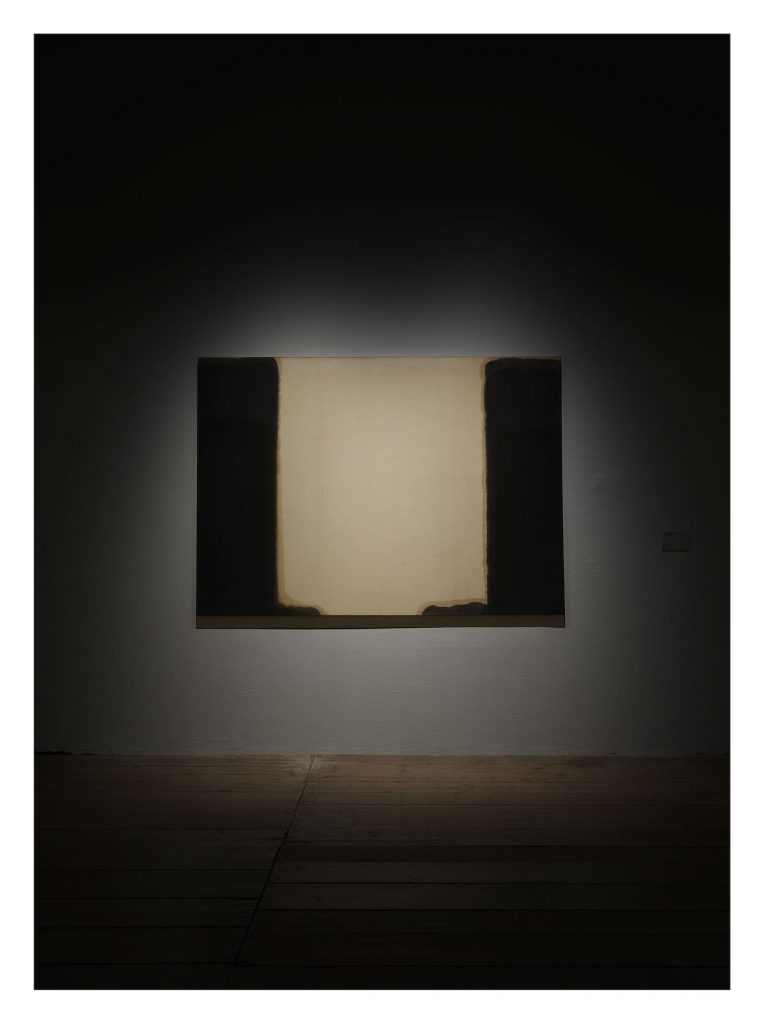 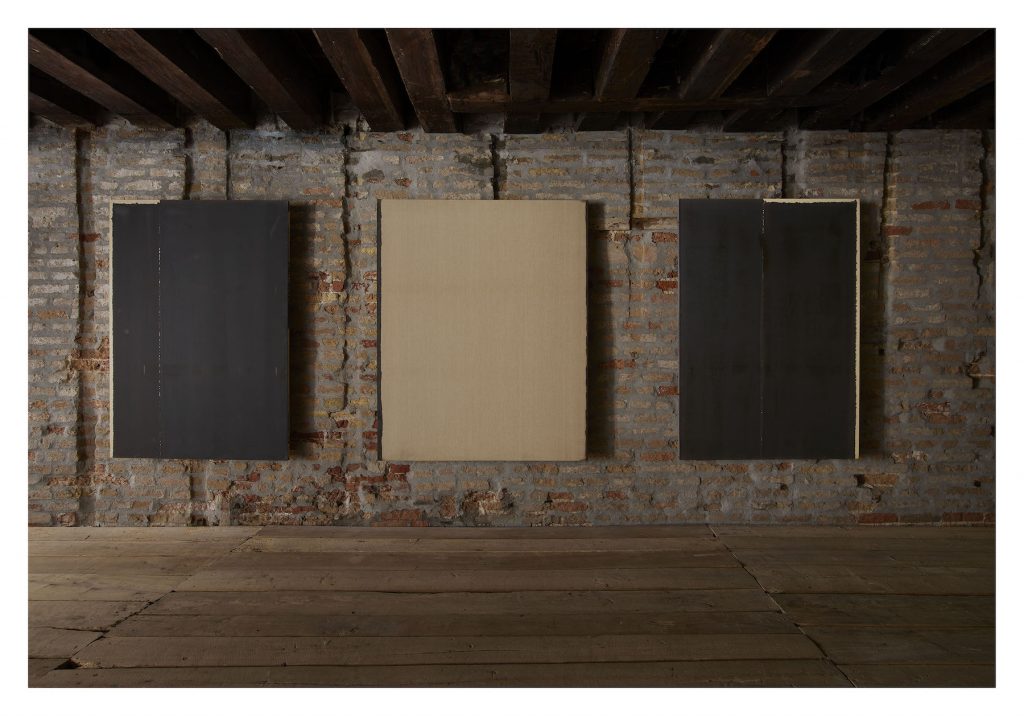 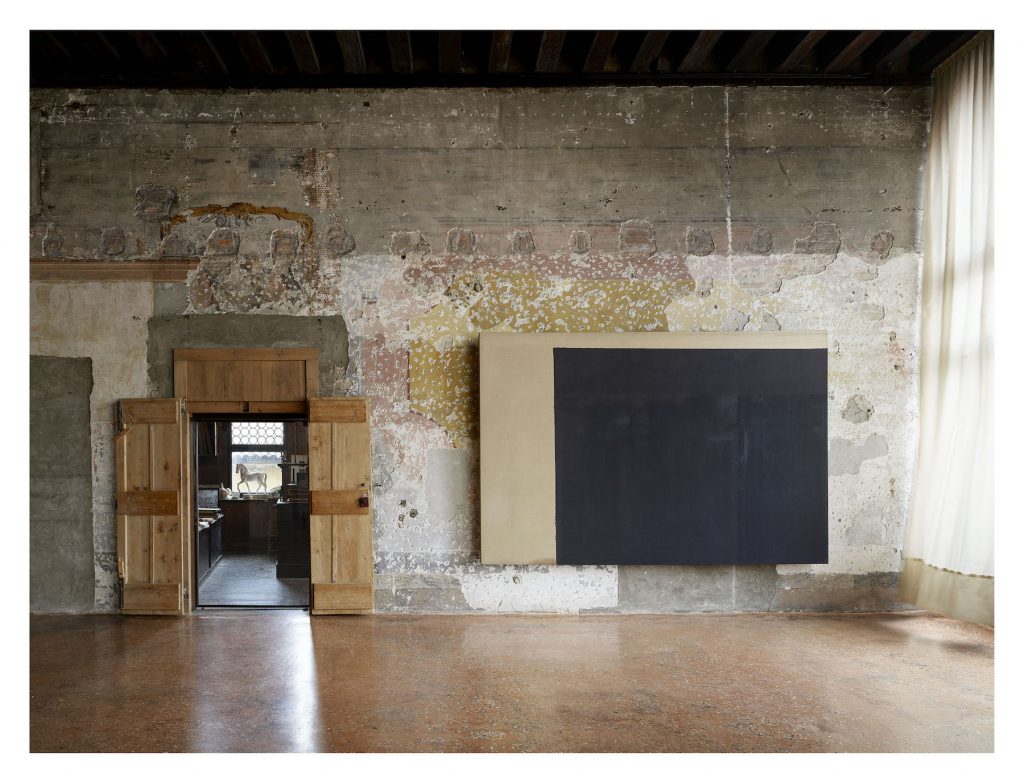 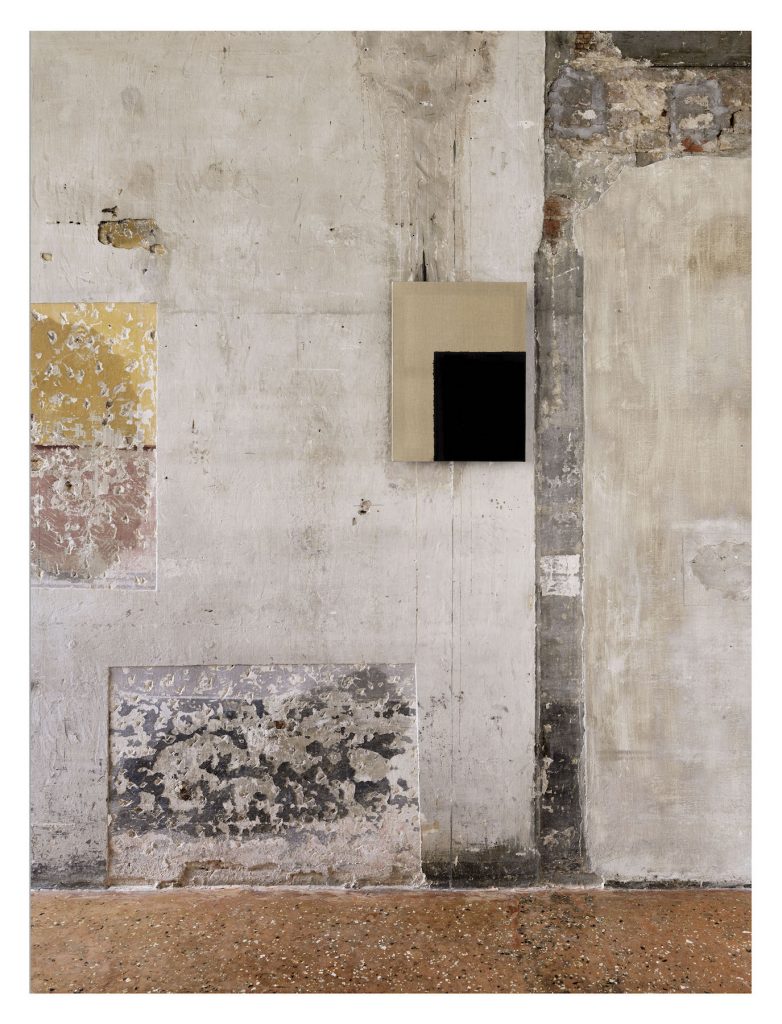 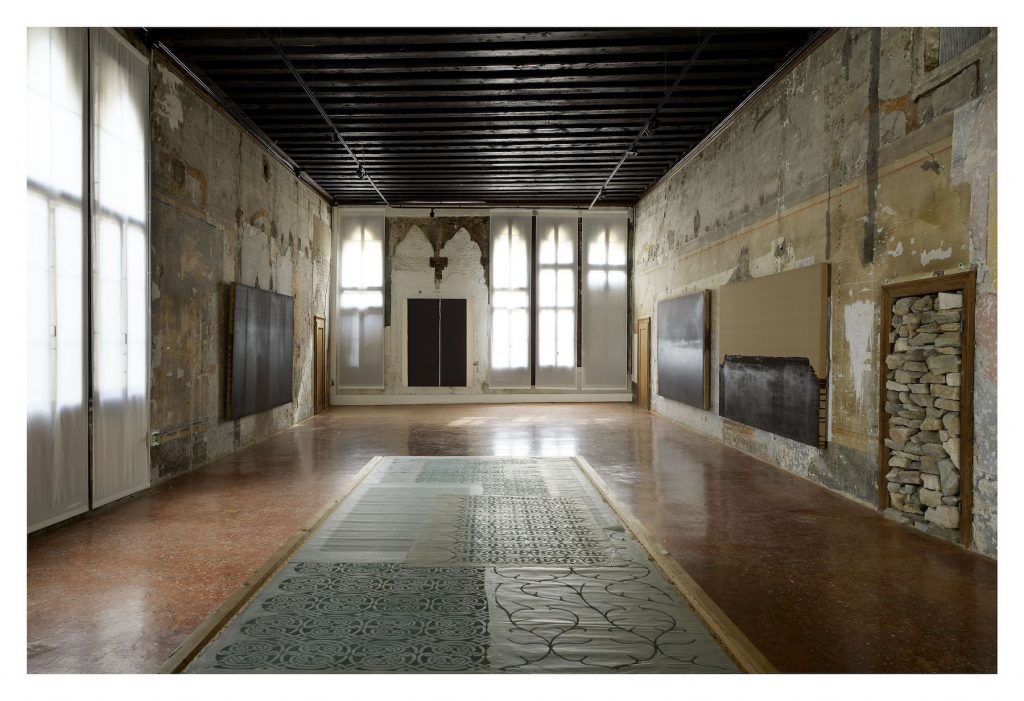 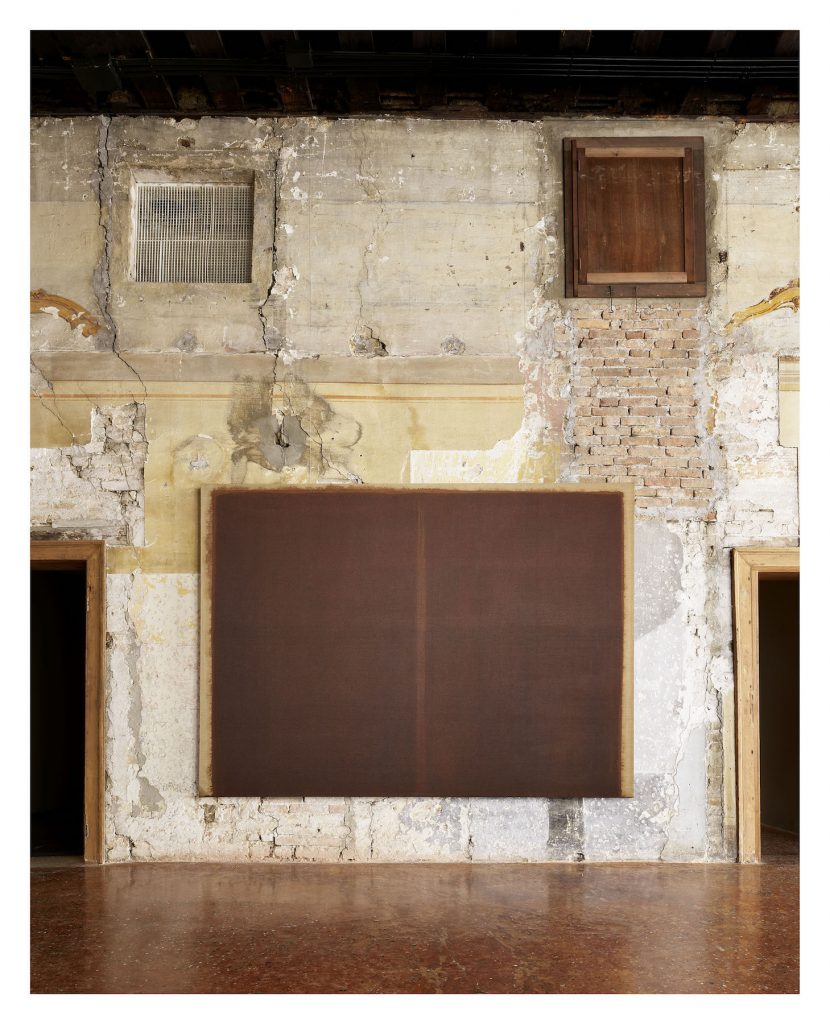 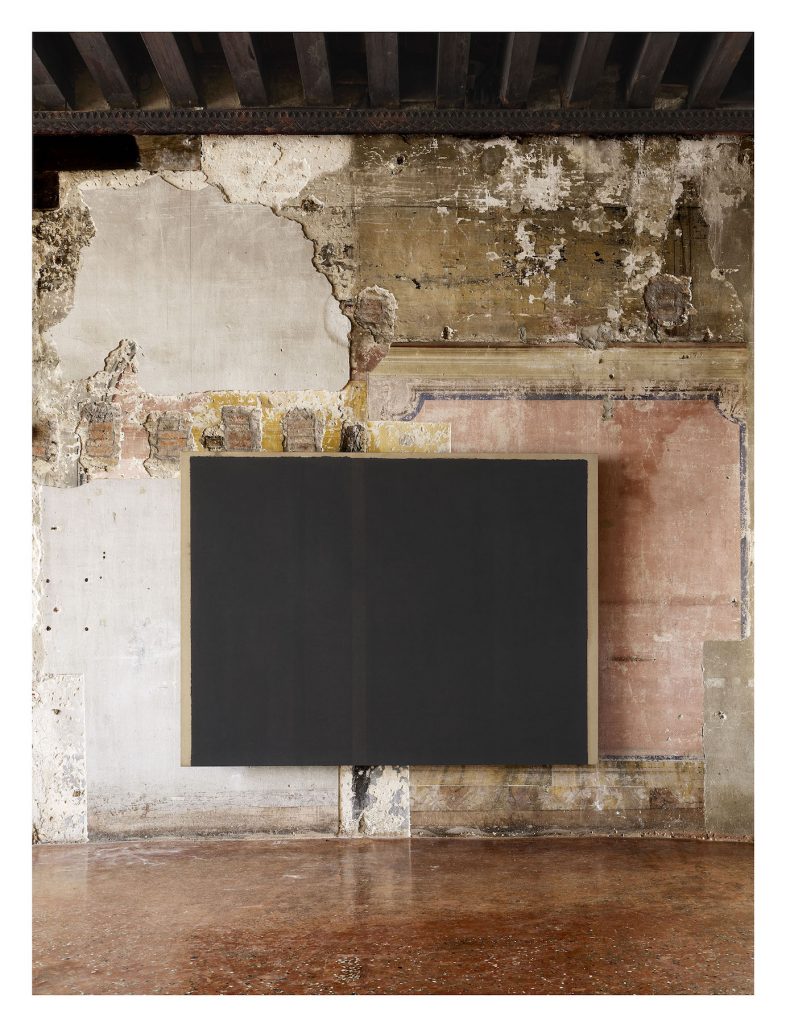 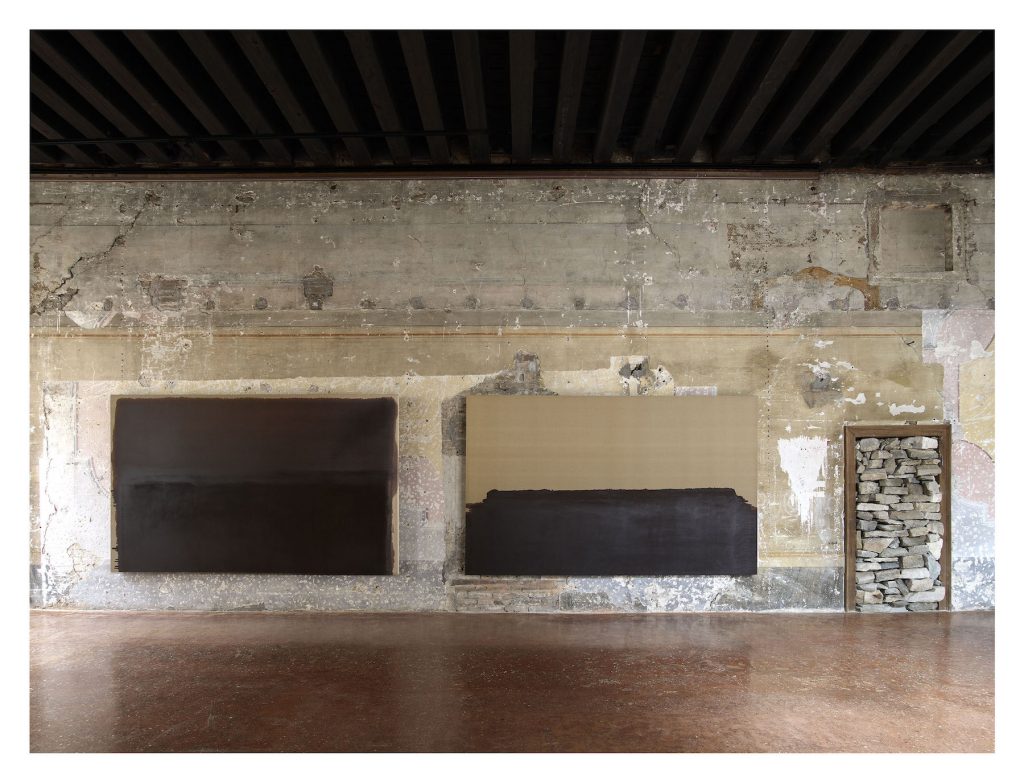