The MAXXI museum in Rome, an institution designed by the late architect, explores her relationship with the country

In 2003, work started on Zaha Hadid’s design for the Napoli Afragola high-speed train station. Hundreds of kilometres up north in the country, in 2012 construction began for the Messner Mountain Museum Corones, which she designed to sit ensconced atop South Tyrol’s alpine landscape.

But it was a Roman project that would prove the most fruitful on Italian soil: the MAXXI museum, home to 21st century art since its opening in 2010.

In a poetic loop, the institution is now celebrating the work of the Iraqi-British architect within the country’s borders, with the exhibition Zaha Hadid in Italy. “This is an exploration of the thinking of the talented designer of MAXXI, who took such a great interest in the artistic and architectural traditions in our country”, explains Margherita Guccione, the director of MAXXI Architettura. “The dynamic splendours of the Roman Baroque, the kaleidoscopic visions of Italian Futurism, the experimental research of Luigi Moretti and Pier Luigi Nervi are just a few of the declared references for her designs.”

The exhibition features pictorial and conceptual sketches —including a detailed set of MAXXI pieces— as well as three-dimensional modelings, with a video wall and documentation section featuring her interdisciplinary research at ZH CoDE. For context, a suspended structure throughout the exhibition carries building images from Helene Binet, as well as paintings that nod towards her interest in Russian Constructivism.

Also included are consumer objects and furniture designed alongside local manufacturing brands: there are chair, benches and tables which she dreamt for Sawaya & Moroni, a bag for Fendi, sofas for B&B and Cassina, as well as vases and tables for Citco.

In other words, as MAXXI Foundation president Giovanna Melandri puts it, this exhibition is “an exploration of the mark she has left in Italy.”

Zaha Hadid in Italy is on display until January 14 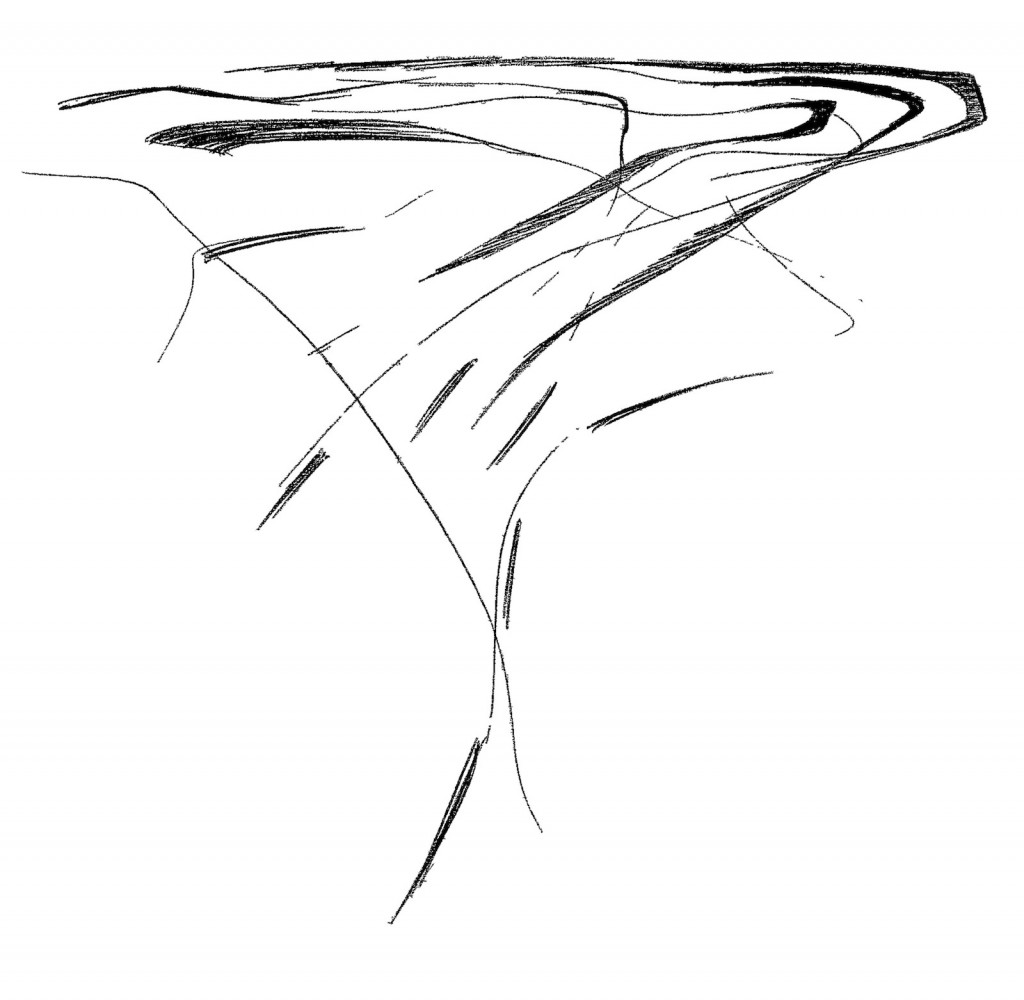 Maritime Terminal di Salerno Sketch made during the design stage 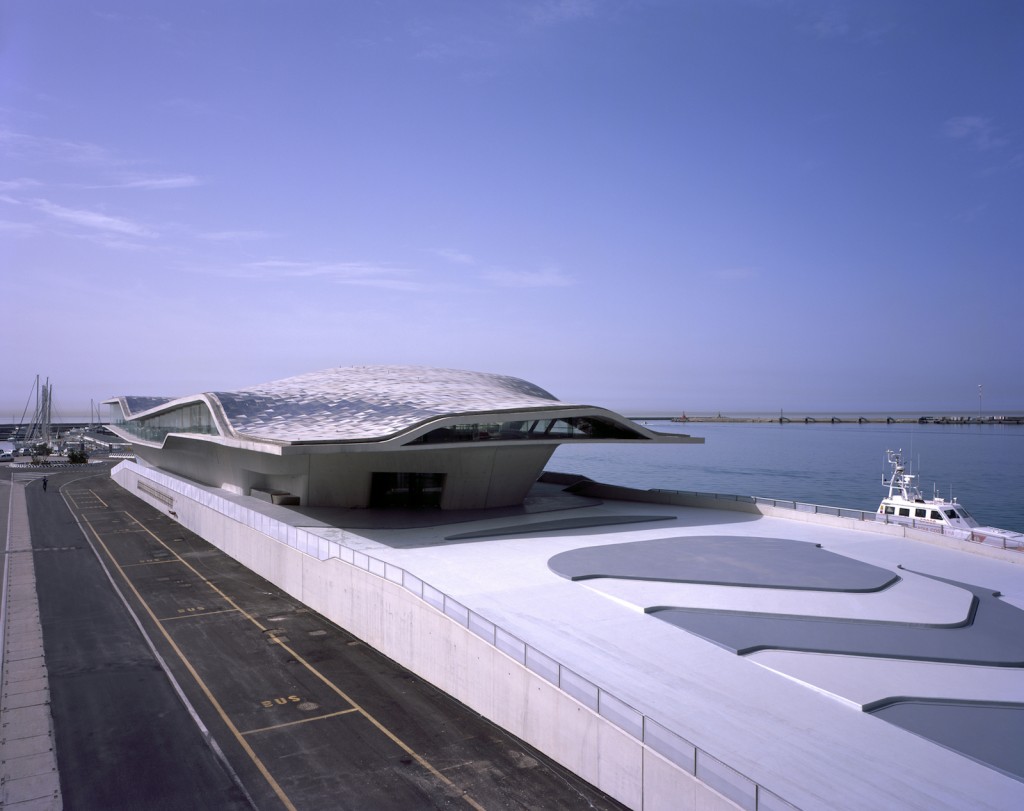 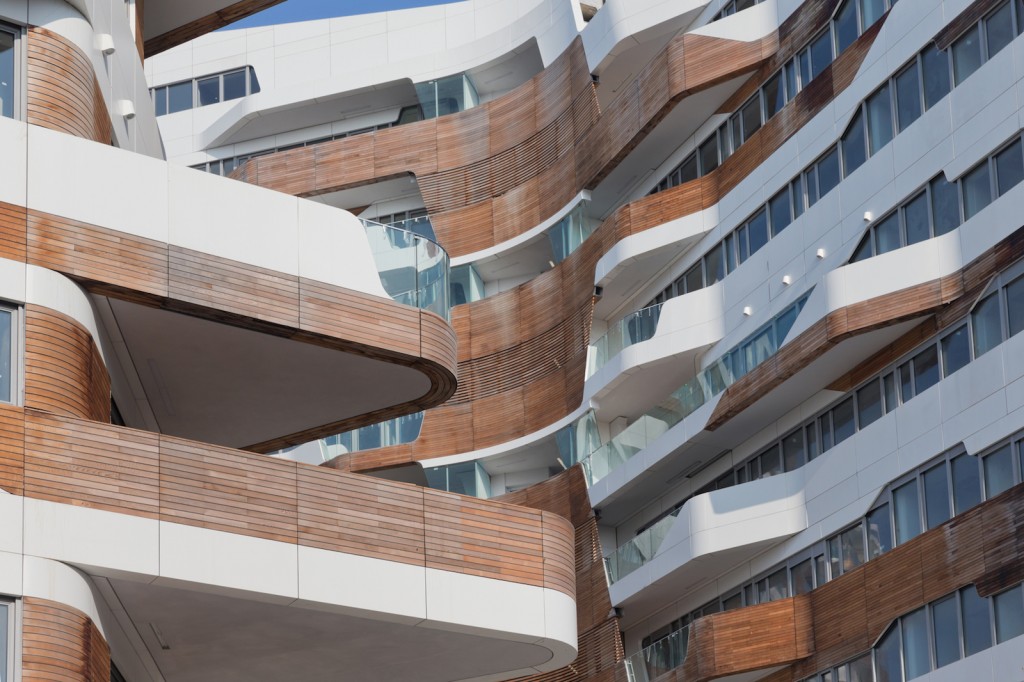 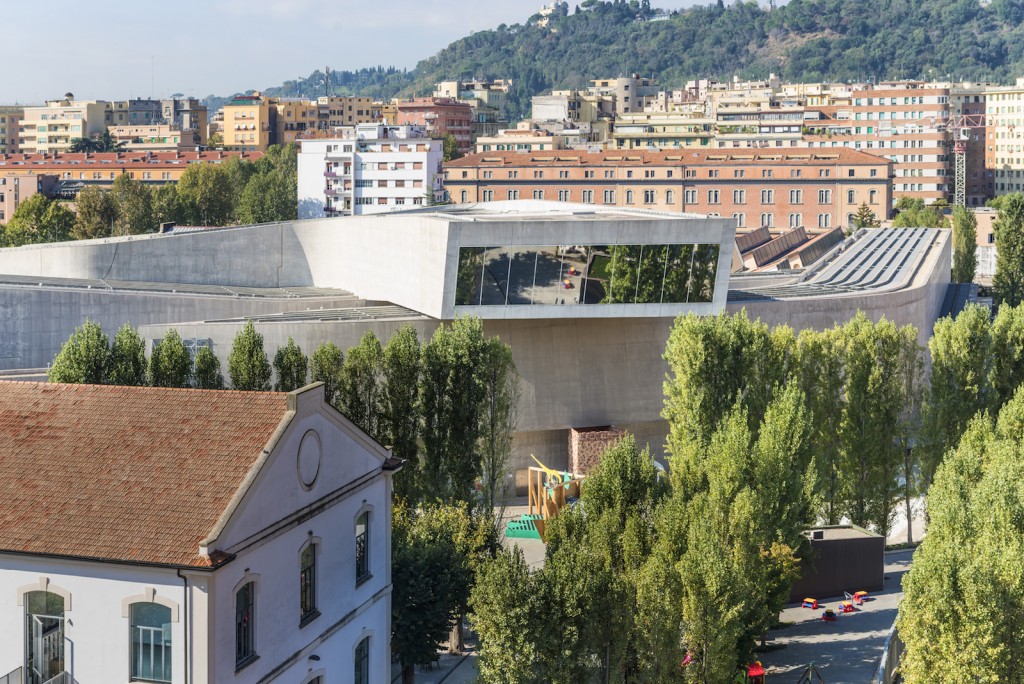 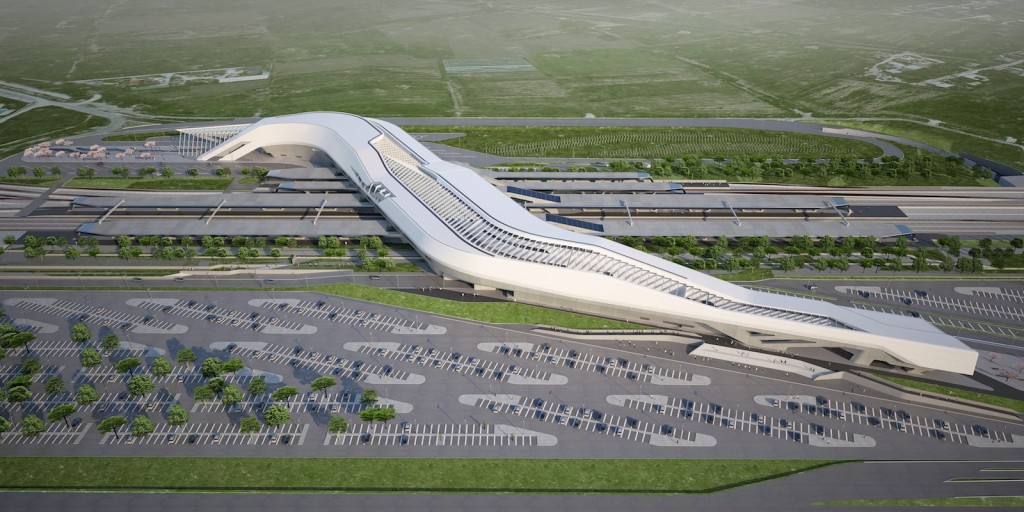 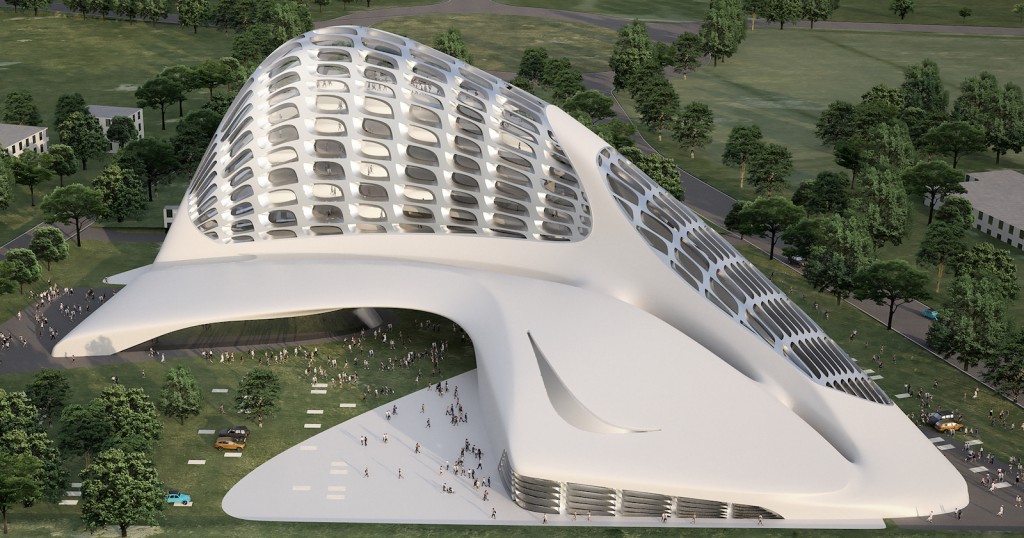 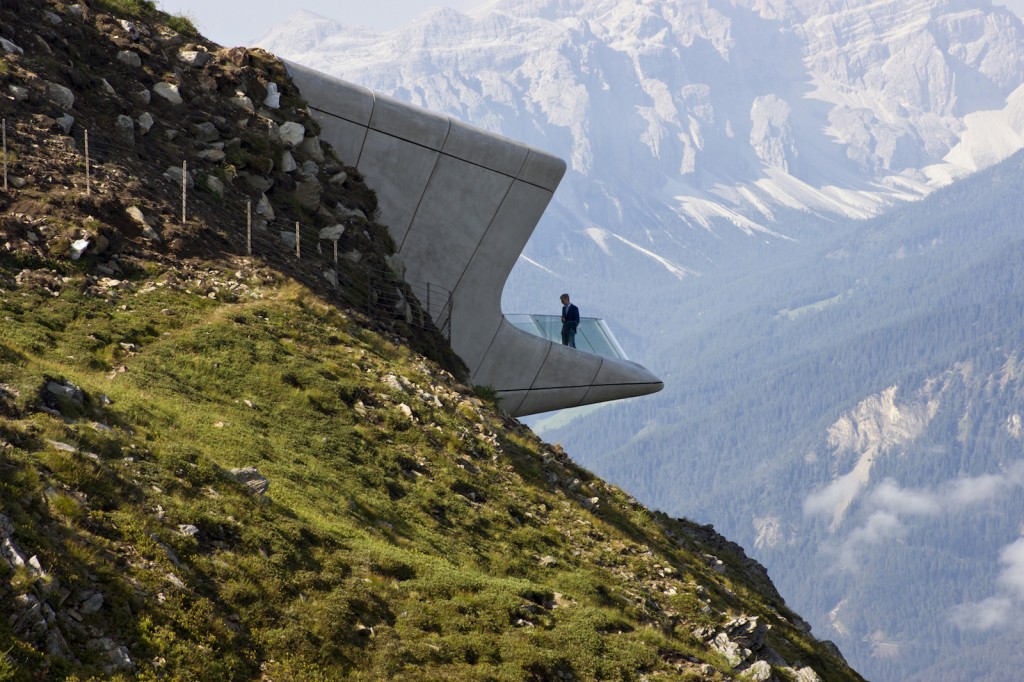 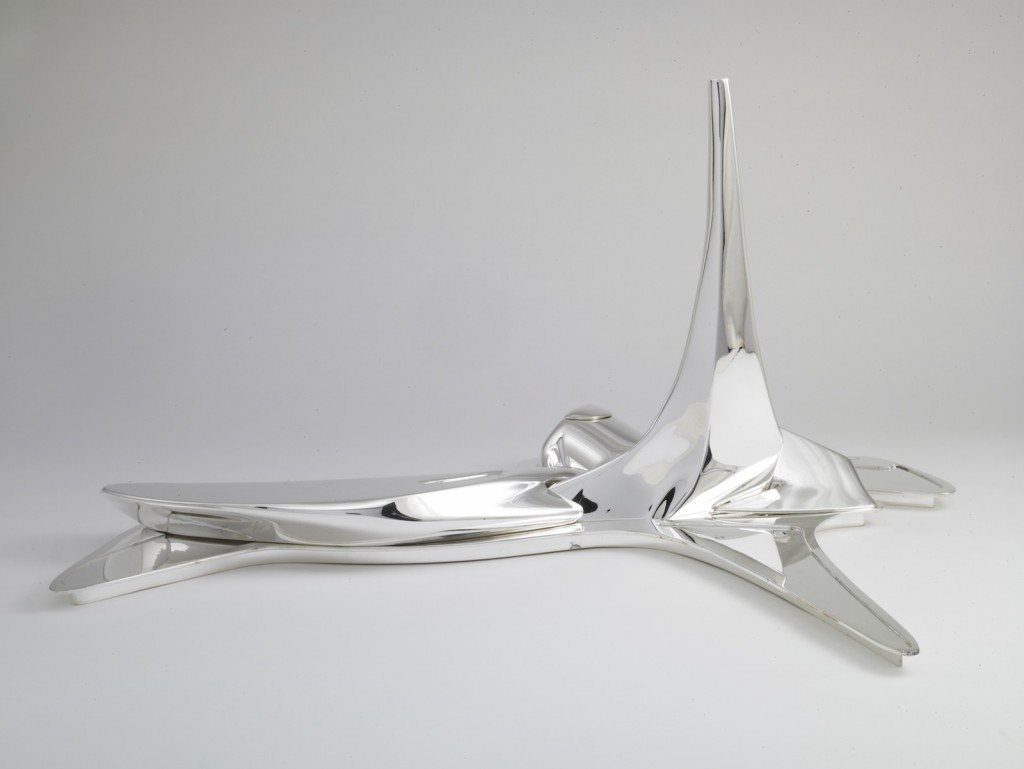 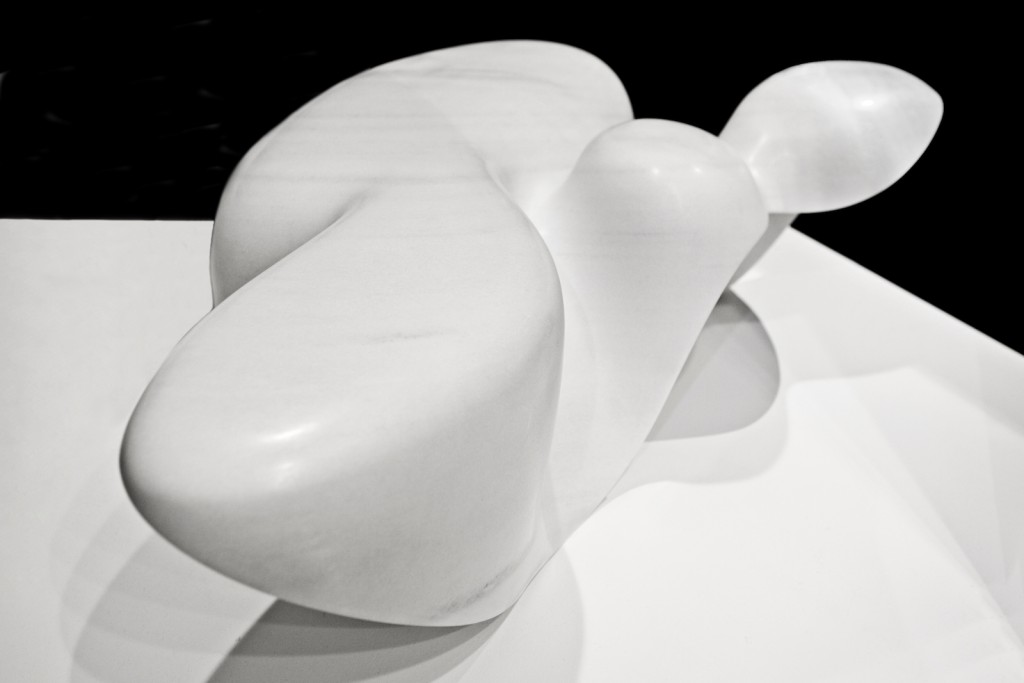 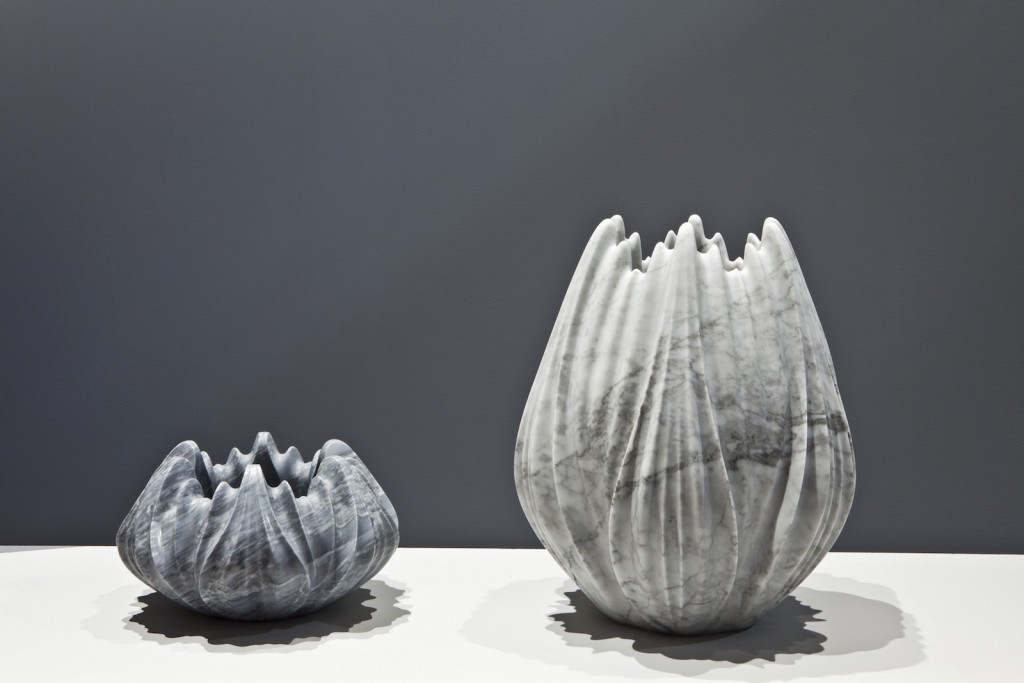 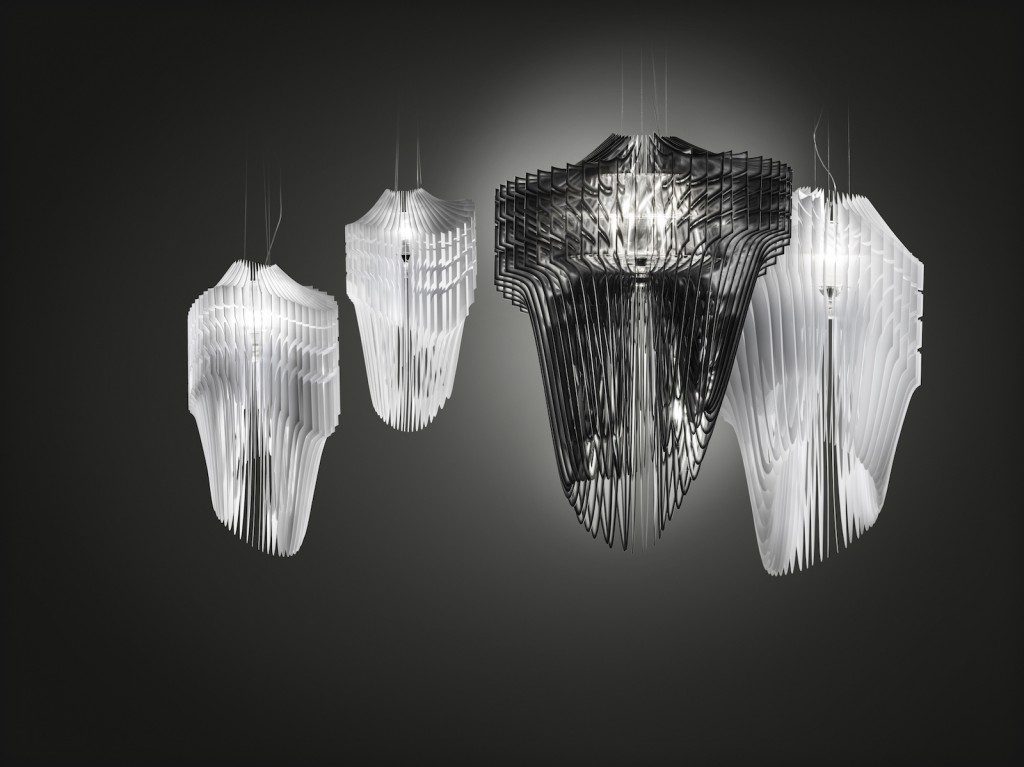