In her solo exhibition ‘I’ve Always Looked to the Sky’ at Aomori Contemporary Art Centre in Japan, Amélie Bouvier explores cultural memory and collective heritage through imagery, anecdotes, and studies of celestial bodies.

“In 1984, a meteorite hit the roof of a printing shop in Aomori”. So begins the introduction to Amélie Bouvier’s solo exhibition I’ve Always Looked to the Sky, presented at Aomori Contemporary Art Centre in Japan. Flung from the sky, the meteorite presents the nexus of Bouvier’s practice and the site of the exhibition; the delicate in-between of space and place, fact and speculation.

Created in response to the residency program ‘Open Call: Call for Open’, the exhibition was held from 3rd October – 1st November, 2020. Given the current travel restrictions of the pandemic, Bouvier was unable to travel to Japan to undertake the residency. Instead, she chose to work in dialogue with ACAC curator Yukiko Kaneko and despite the geographical divide was able to transpose her practice to Japan.

The exhibition calls upon Bouvier’s wider practice and deep interest in astronomy. Playing with new spaces and distorted temporalities, her drawings, videos and installations unfold in imaginary territories that defy linear narration. I’ve Always Looked to the Sky centres on the gathering of testimonies of the fall of the meteorite in Aomori, placed amongst three groupings of Bouvier’s works. The first is a series of textile pieces, suspended throughout the gallery space. Through these, one catches glimpses of video works – a series, and a diptych. Centred within the exhibition is a table upon which printed sheets of paper show words that seek to find witnesses to the fall of the meteorite in Aomori. The public is invited to sit and interact with these questions, unveiling the fine line between fact and fiction. While the space itself appears darkened and intimate, there is a lightness to the works presented. They exist somewhere between a moment of suspense and a point of reflection, between collective memory and celestial systems.

The gallery space itself is interspersed with long, hanging textile works from the series ‘Nature Variability’ (2019). These pieces are draped from the ceiling, enveloping the viewer in their expanse. Originally created to be shown in the former observatory of Quetelet Square, Brussels, the dappled surfaces reference the movements of a fall, broken down into several stages. Painterly and ephemeral, lines borrowed from the graphic elements of science mix with the fluidity of the ink’s texture. Once more, Bouvier’s work depicts events at an ambiguous scale. Several of the banners almost seem like microscopic slides, while others are akin to Kinetoscope frames of landscapes, each slightly different than the one before.

The etched landscapes of the textiles is furthered within the video works. In the first of these, Bouvier examines our relationship with space and its imaginaries through a presentation of four films from the series ‘But Keep Your Feet On The Ground’ (2014 – 2018). Interested in the anecdotes, speculation and sensationalism around the discovery of celestial objects, Bouvier references the dramatisation of astronomical discoveries. In each of the films, a different object in the solar system is manipulated by human hands as if it were a toy. Tinted fingers investigate each globe. While each film begins with hyper-realistic imagery, fantasy soon creeps in and makes way for discomfort. Unedited and shot in a single take, the films are akin to performance documentation, blending fact and fiction to examine and reflect upon our relationship with the cosmos.

At the end of the space lies another video work, named ‘Eight Minutes Ago’. Conceived as a diptych, the piece forms a dialogue between the two films, the sound from which fills the exhibition. In the first, Bouvier portrays the various states of Harvard’s collection of photographic glass plates to reflect on collective memory. While some images read perfectly, showing a clear data set, others are merely abstract shapes; memories of lost knowledge. The images form a bridge connecting past to present, and with them Bouvier reflects upon the fragility of our common heritage. In the second video, a text written by Bouvier’s 93-year-old father narrates his personal experience with his own memory. He begins by answering the question “What does night mean to you?” which leads his thoughts and words to describe the luminosity and fragility of individual memory.

Amélie Bouvier’s examinations of the subtleties of collective memory and the malleable nature of reality are manifested through multilayered works. I’ve Always Looked to the Sky will be featured in an upcoming catalogue published by Aomori Contemporary Arts Centre. The catalogue brings together all the activities, work and exchanges from artists and curators who were part of the artistic residency programme ‘Open Call: Call for Open’ held last autumn (September – December 2020) at Aomori Contemporary Art Centre in Japan. The publication will be launched on 16th March 2021 and can be requested via ACAC’s website. 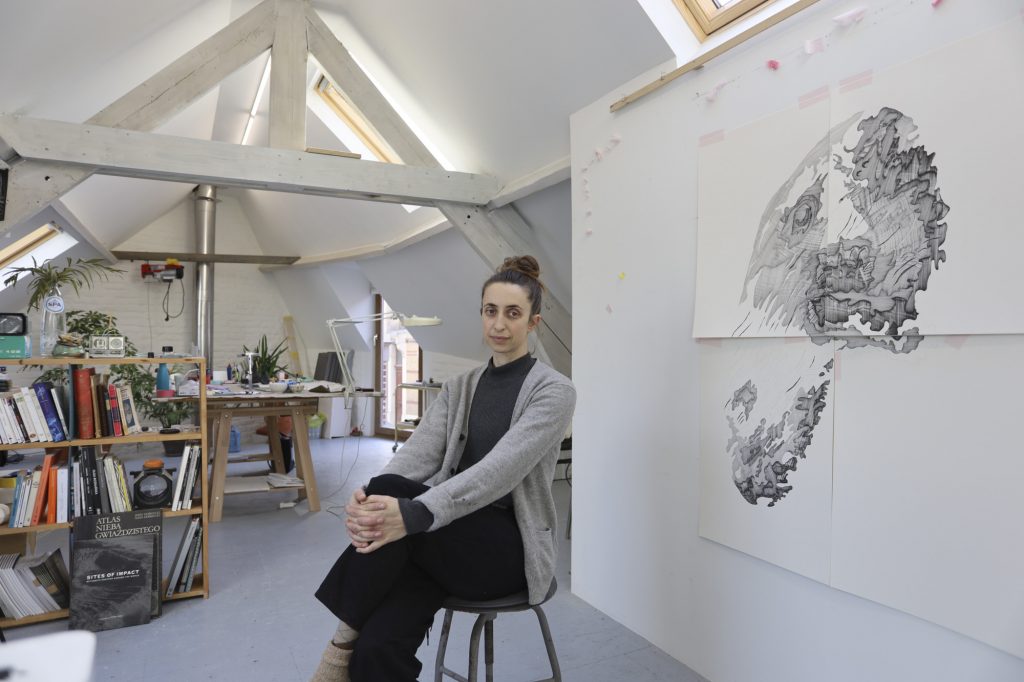 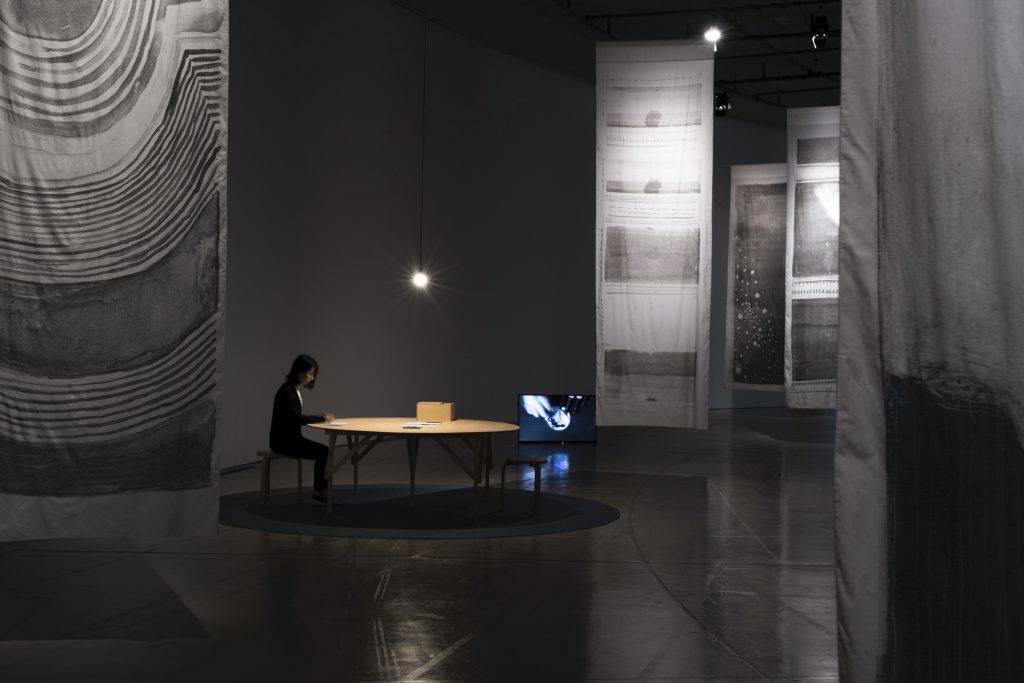 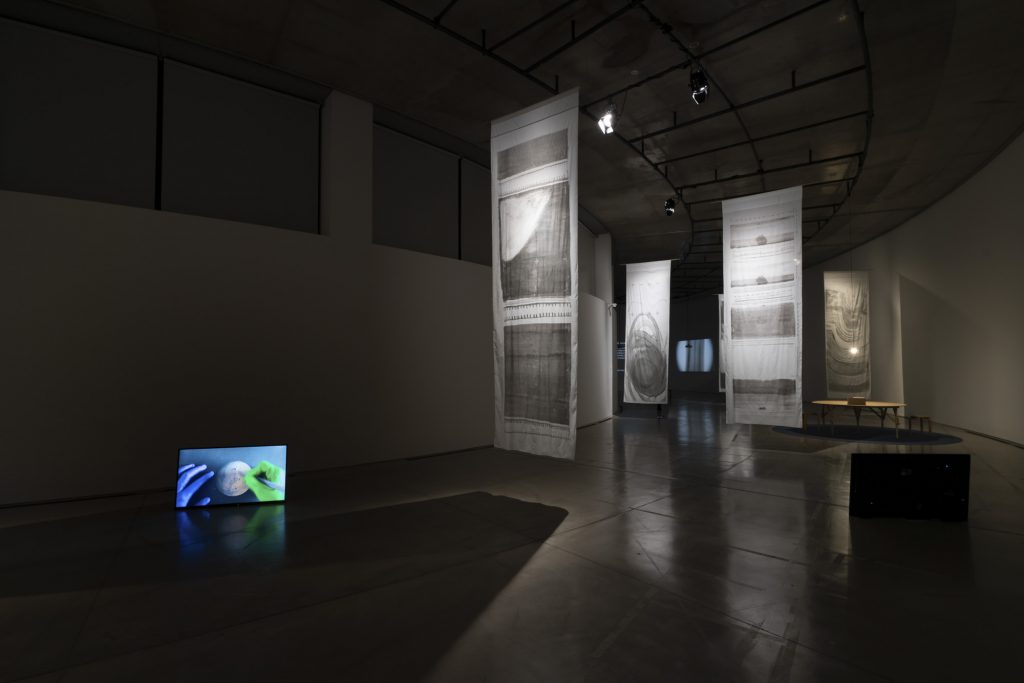 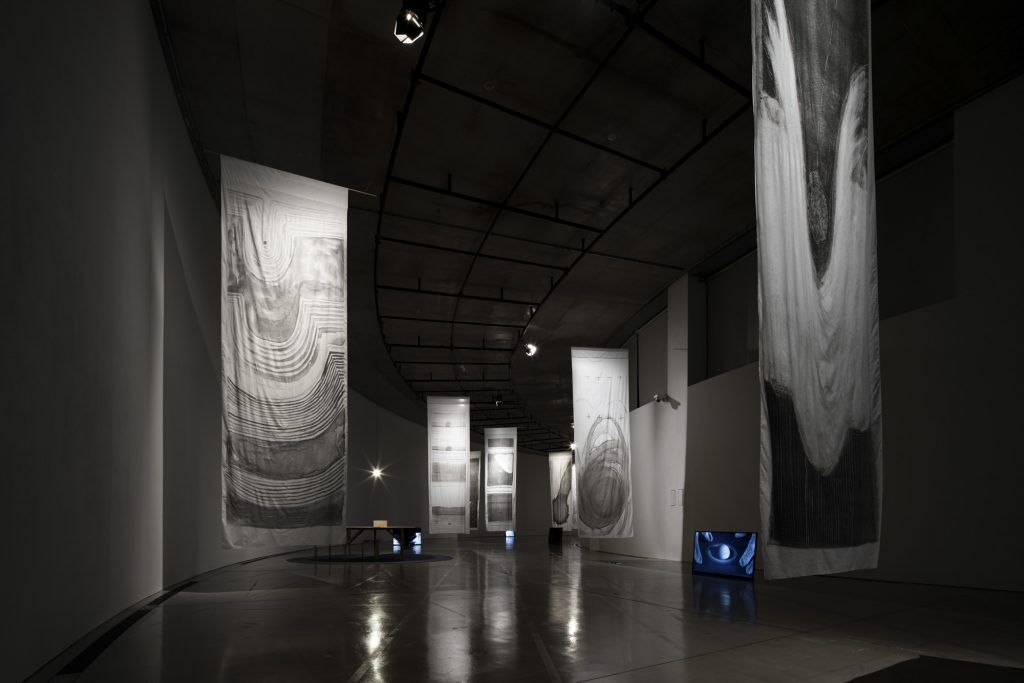 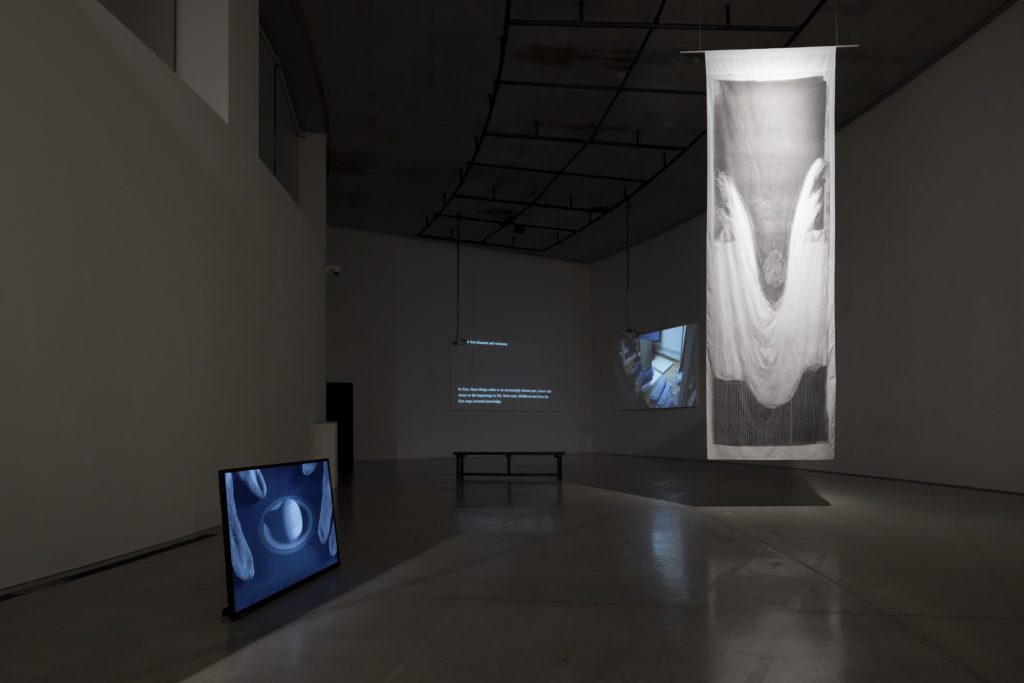 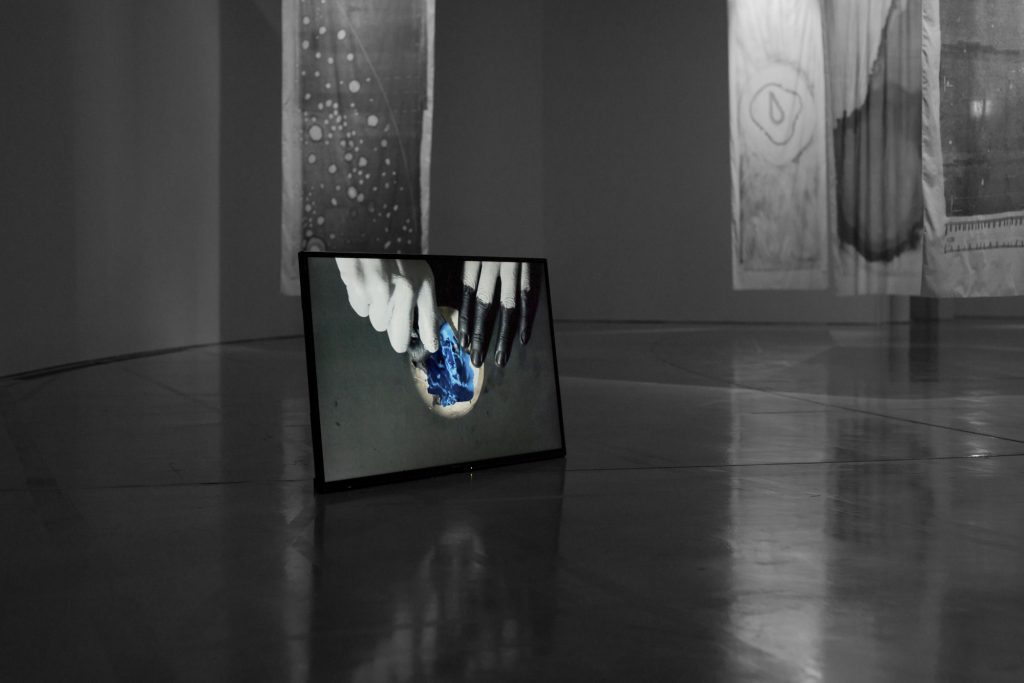 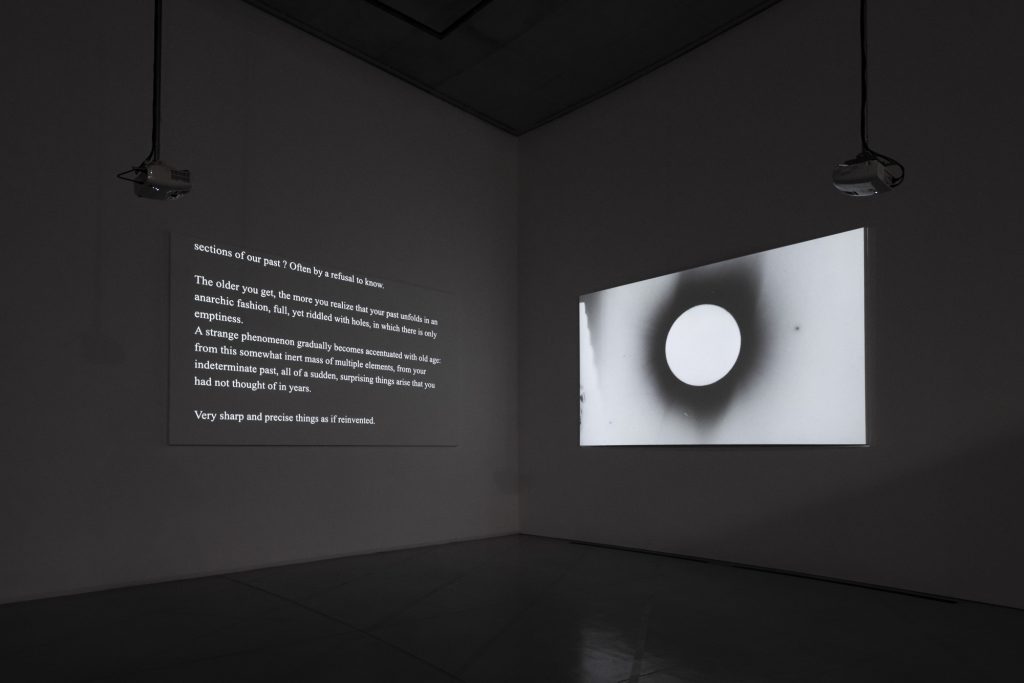 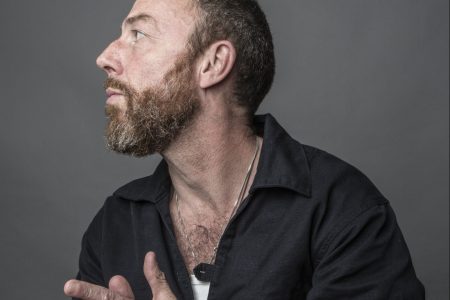 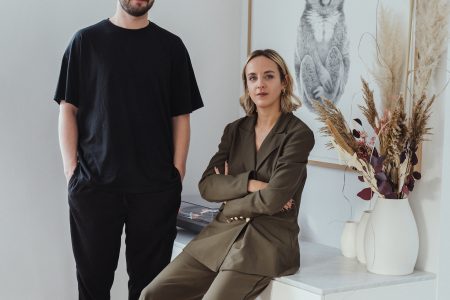 TLmag speaks to Brussels-born Valentine Witmeur, who made herself known as an influencer before turning to knit sweater design.