Several contemporary works of art will be finding their home in the newly renovated Royal Museum for Central Africa.

Scroll right to read more ›
Text by Christine Bluard, Services to the Public and Museology, RMCA

Chéri Samba’s, Reorganisation, will figure among them, as will another painting, Shadows, interrogating the museum’s renovation process itself. This work, produced in 2016 during Freddy Tsimba’s residency, honours the memory of the Congolese who perished during the conquest of the Congo Free State. In another work, Mémoires Hévéa, Michèle Magema, an artist of Congolese origin, represents herself with her mother and grandmother in a personal and intimate story told from a historical, head-on point of view. Aimé Ntakiyica’s, Family History, also uses an intimate subject as a springboard, this time to illuminate the history of the Burundian diaspora. Finally, in his, Political Armchairs series, Kinshasan designer Iviart Izamba gives visibility to a post-colonial Congolese political history that has been too little documented.

In addition to these existing works, the museum has also commissioned new ones, including Taxi Episcopo, a ballpoint pen drawing by Mega Mingiedi; a gallery of portraits of Congolese rumba singers and musicians, by artist and cartoonist Barli Baruti; and the creation of artist and engineer Thérèse Kirongozi Izayi and her team, a feminine robot from the series of robots that direct traffic in Kinshasa and Lubumbashi. One of Bodys Isek Kingelez’s models of imaginary cities has also been lent to the museum by a private collector for display.

The RMCA in Tervuren: a place for exploration
The RMCA, a world-renowned research institute as well as a museum, has been undergoing an in-depth renovation and is expected to reopen at the end of 2018. The richness of this federal institution undeniably lies in the quality and breadth of its collections in addition to its archives—a wealth of material for researchers, including artists, to explore.

The museum’s interest in artists, and artists’ interest in the museum, is not new. The Royal Museum for Central Africa, also known as the Tervuren Museum, has often been described as a symbol of the colonial past. A large part of its collection—masks to minerals to wood samples to millions of insects—was brought to the museum from colonial Africa up until 1960, most often by Belgians or other Europeans. The goal was to document, but also to show off, the resources of Central Africa, particularly the Congo (today’s DRC), a region as vast as a continent whose population had been placed under colonial authority. The museum’s colonial label can be neither denied nor forgotten. The institution’s mission may not be to right the wrongs of the past, but it does aim to help document them and welcomes the idea of being colonised in turn by artists, to use anthropologist Bambi Ceuppens’s expression. The museum has brought contemporary art to the museum not so much to enhance its collection with new works but rather to open the collection to artists for research or residencies. It is a work in progress. The goal is not for the museum to amass a collection of ‘African’ contemporary art. That collection should exist, as RMCA director Guido Gryseels reminds us, but as a contemporary art museum and as an ethnographic museum open to collaboration.

In the museum’s last decade of artist partnerships, collaborations have been unique—artists play a role somewhere between a fellow and a ‘critical friend’, a business partner and a companion, and certainly as a professional. Like RMCA scientists, they are invited to revisit the collections and their history, their health and their amnesia. But the museum asks the artists not for academic texts or classical scientific exhibitions, but new installations, poetic by definition.
For the moment, the push toward collaboration comes from the public services division, with the goal of opening museums and the collections to a wider audience. The federal government, which oversees our institution, has made recommendations to guide implementation of the effort, which has also seen a boost from the enthusiasm of managing director Guido Gryseels and public services operational director Bruno Verbergt. These partnerships will likely continue, working to decolonise perceptions of the collections. Artists’ interest in the museum is not new and is not confined to African artists and those of African origin. The list is long, including Toma Muteba Luntumbue, Eddy Ekete and Sammy Baloji as well as internationally known artists such as Michel François, Marie-Françoise Plissart, Luc Tuymans, Emilio Lopez Manchero, Dirk Braekman, Johan Muyle, and Jan Fabre, who have produced pieces related to the museum and its collections. These works were created, exhibited, and sold outside the museum. Decolonisation involves far more than denouncing the misdeeds of colonialism. It also means offering a space for reflection and creation. It means looking at our collections and their history in a new way. It means rethinking labels that cloisters objects in a contestable and contested past. It means freeing objects from certain vocabulary, from a classification as ethnographic or exotic, to see them as objects of modern, popular, or contemporary art. It means carefully revisiting the way they were not only collected but also documented. 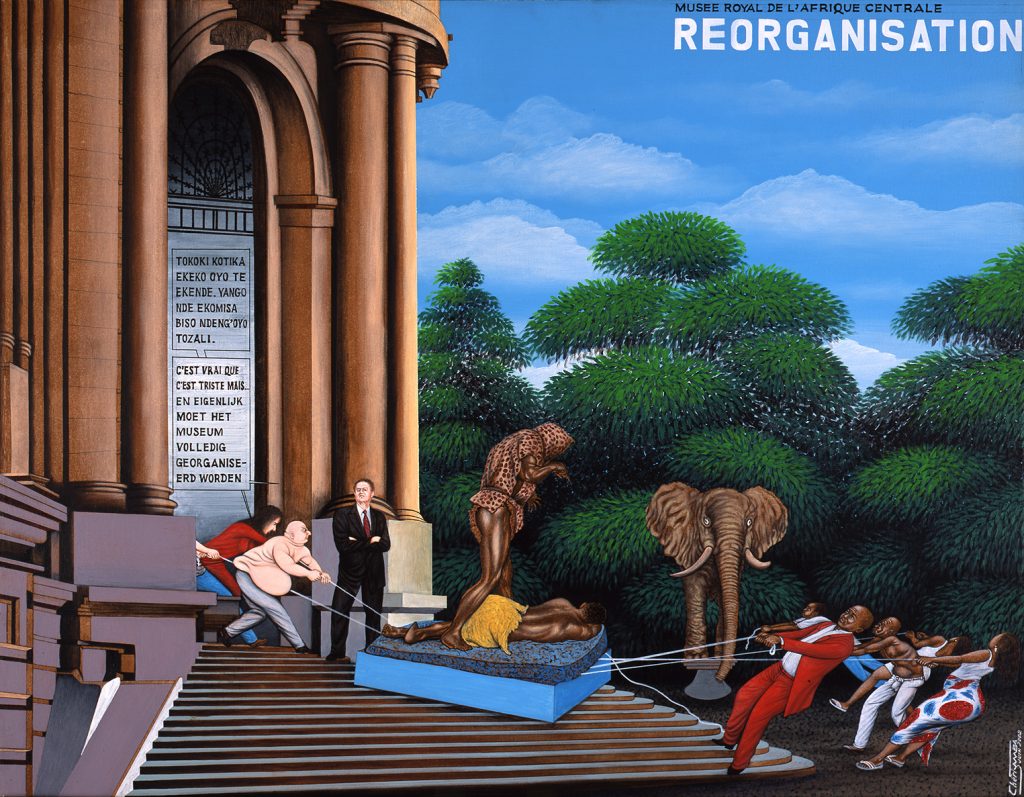 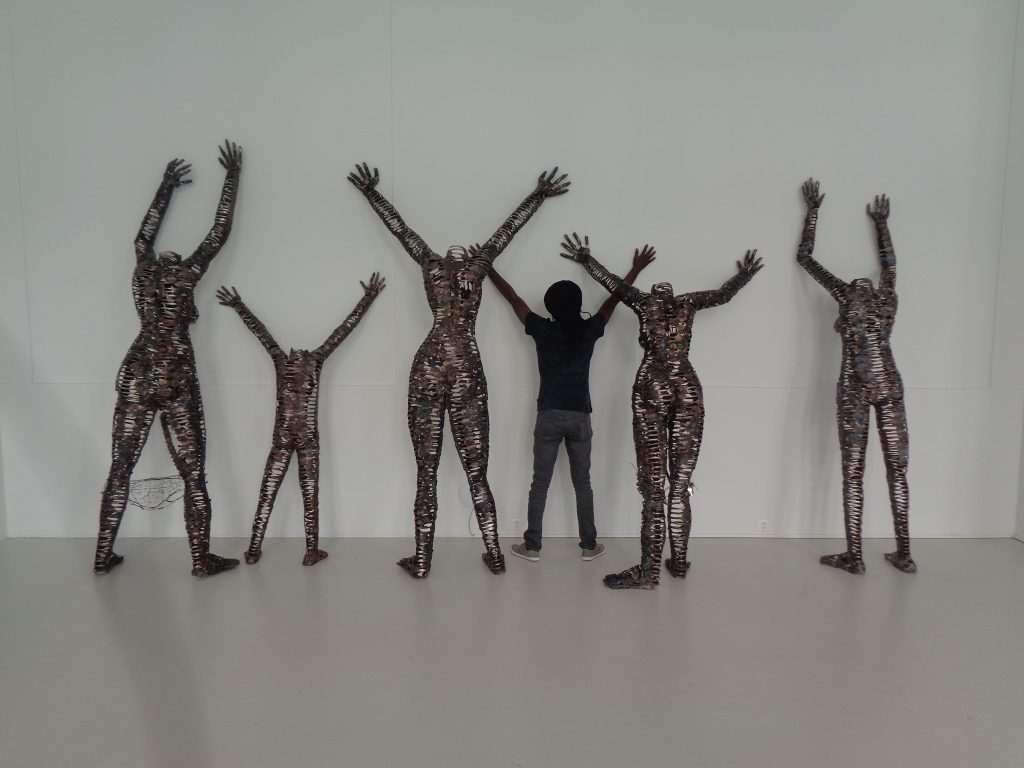 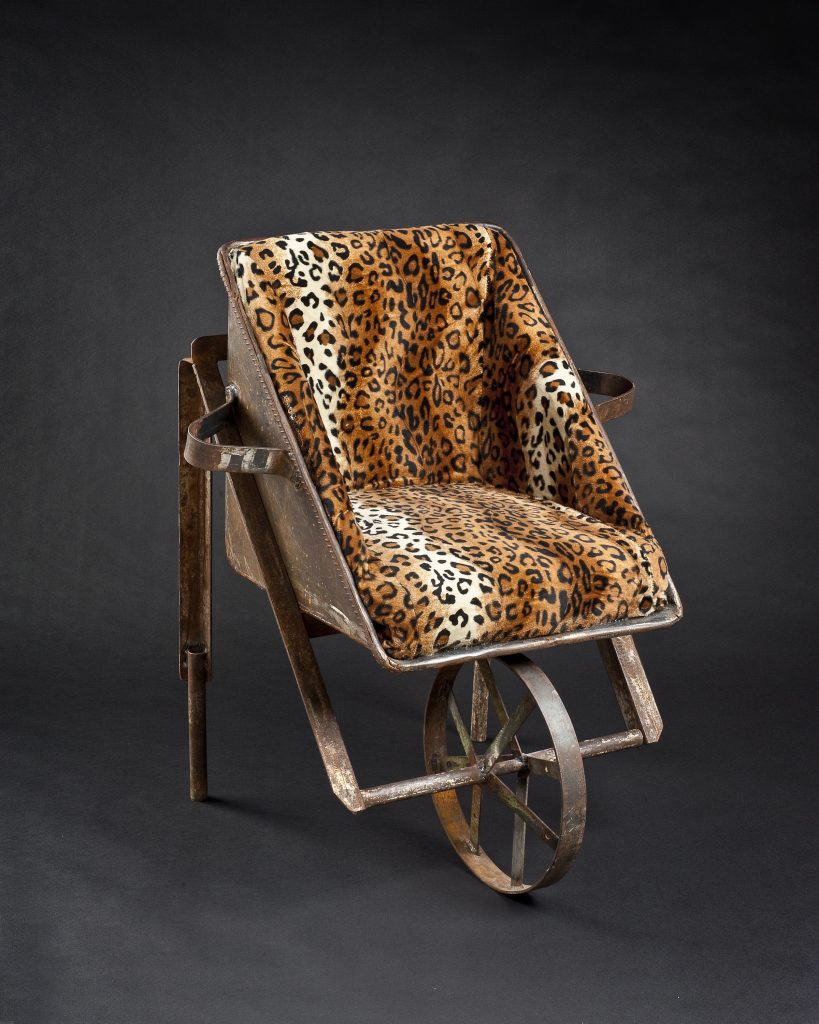 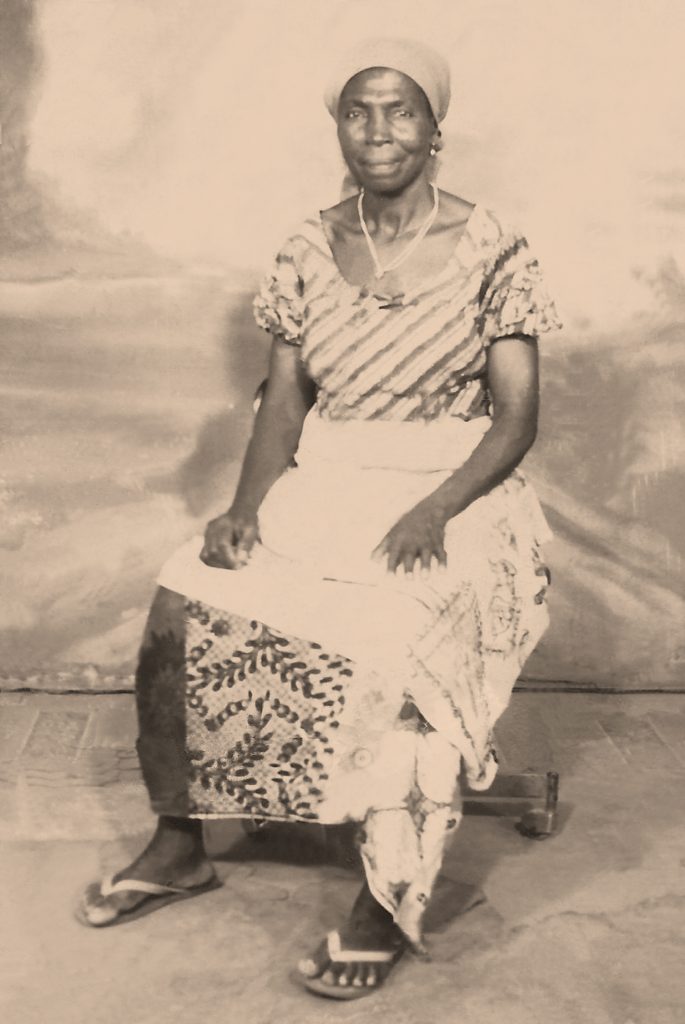 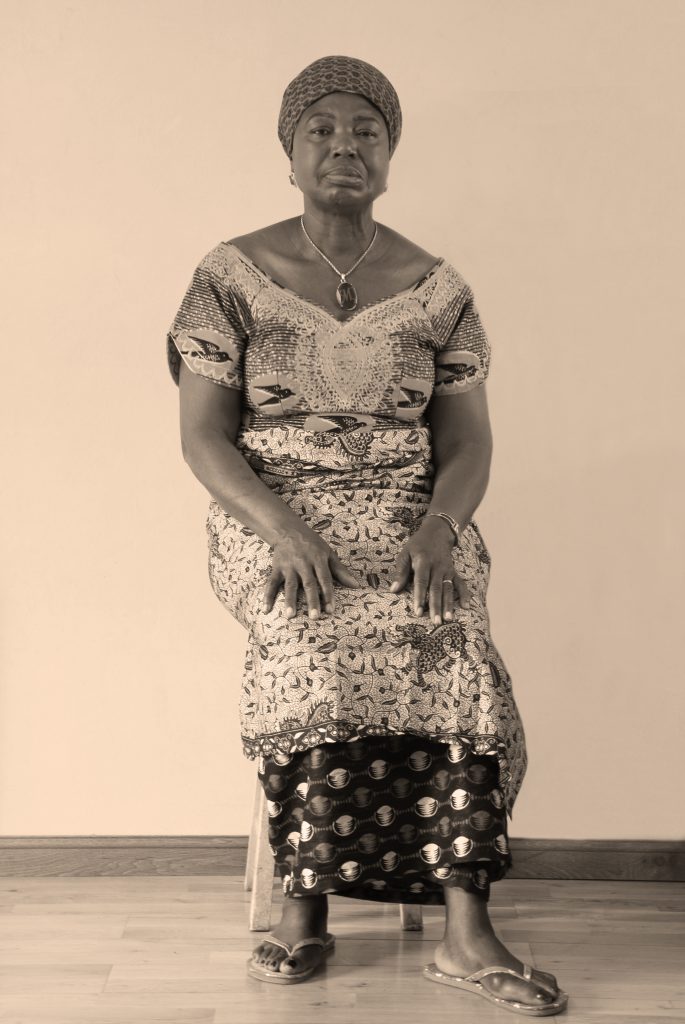 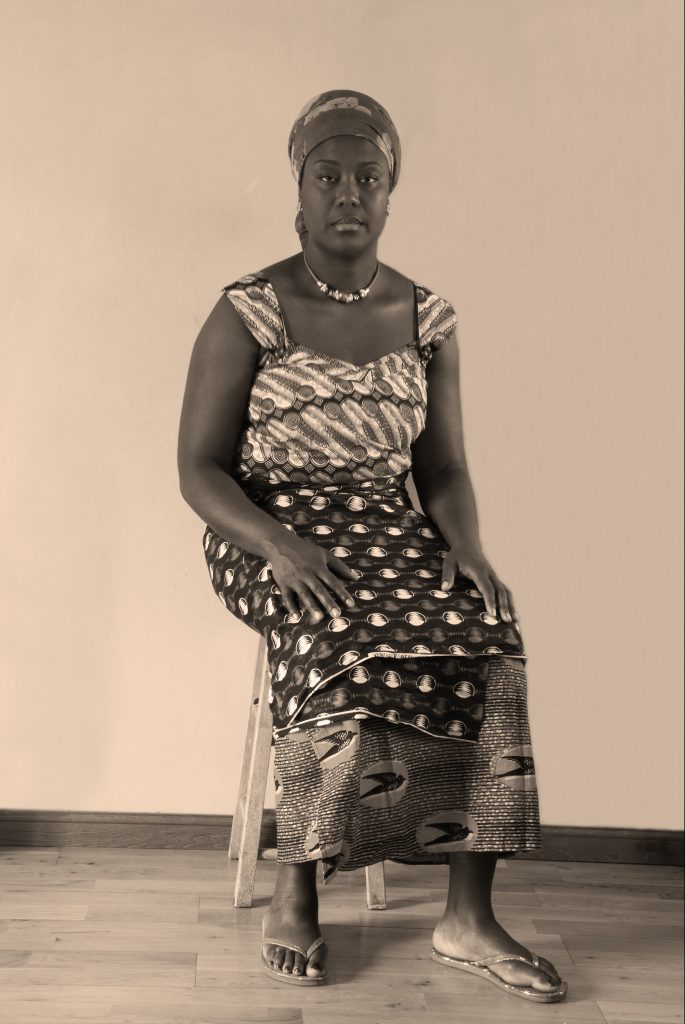 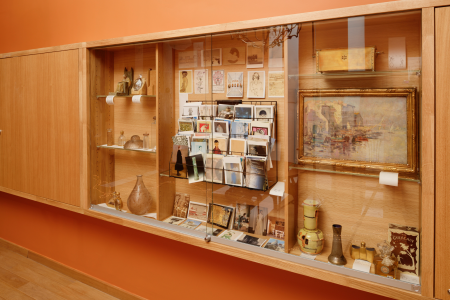 The Horta Museum’s ‘Collection of Collectors’

What does it mean to collect? This year, Brussel’s Horta Museum celebrates three monumental anniversaries by presenting three exhibitions that each sheds a different light on the notion of the collecting. 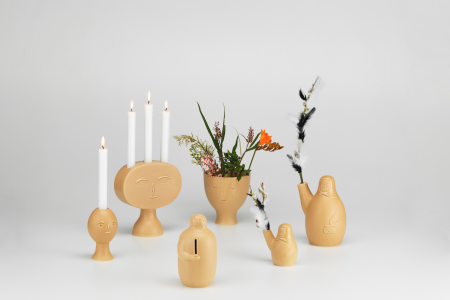 A Finnish and Japanese Fusion: Artek at Milan Design Week

Celebrating the unique relationship between Finland and Japan, Artek unites traditional craftsmanship with contemporary and classic designs from both cultures in their new FIN/JPN Friendship Collection, launching at this year’s Milan Design Week.