No chores at the Fun House

What more could you want for your tenth birthday than a giant ball-pit filled with hundreds and thousands of balls, to become a giant and a house filled with fun instead of housework? This is what the National Building Museum in Washington D.C. has collaborated with Snarkitecture to create for their ten-year retrospective exhibition, Fun House. The proudly cross-disciplinary studio operates between the boundaries of art and architecture. They have teamed up with curator Maria Cristina Didero to look back on their work since the studio was founded in 2008 by Alex Mustonen and Daniel Arsham. They were later joined by partner Benjamin Porto in 2014.

The exhibition offers a glimpse into the creatively wild and wondrous reimaginings of built environments that define Snarkitecture’s practice. Their name–inspired by Lewis Carroll’s poem The Hunting of the Snark which describes an impossible voyage of an improbable crew to find an inconceivable creature–encapsulates their attitude of playfulness, exploration, and curiosity. These ingredients lead to a re-interpretation of everyday materials, objects, and environments that entice engagement from the audience.

Co-founder Alex Mustonen states: “Our practice aims to create moments that make architecture accessible and engaging to a wide, diverse audience. With that in mind, we are excited to invite all visitors to the National Building Museum to an exhibition and installation that we hope is both unexpected and memorable.”

A collection of works trace the studio’s journey. Playhouse (2017) warps perception of scale with a three-dimensional illusion, reminiscent of Alice in Wonderland’s tiny doors and shrinking potion. It’s gradually decreasing structure makes humans feel like giants and a home appear to be the size of a doll’s house. The kidney-shaped ball-pit uses white recyclable balls to encourage people to abandon their age limits and dive in for a “swim”. It references their previous installation, The BEACH, which appeared in the same location in 2015. Dig (2011) explores the relationship between primitive construction and contemporary architecture. Made from enormous polystyrene blocks that have been carved away using simple hand-held tools such as picks and hammers, it’s cavernous spaces comment on the possibility of reductive architecture and the possibility of imagining alternative methods of construction.

Other works along with a program of activities and events will continue at the National Building Museum until September 3rd. 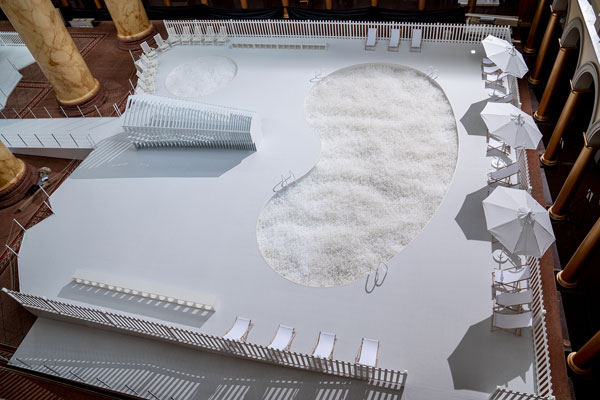 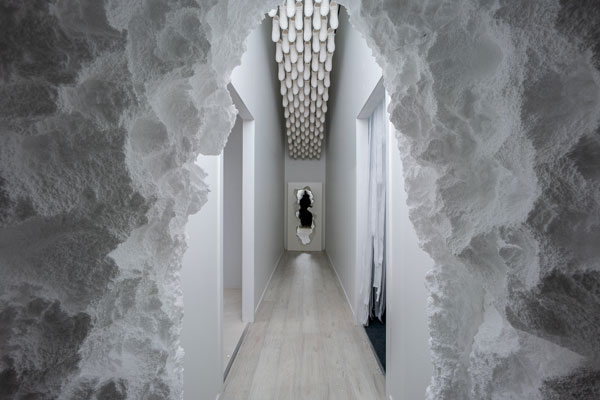 Dig (2011) challenges the idea of what building is 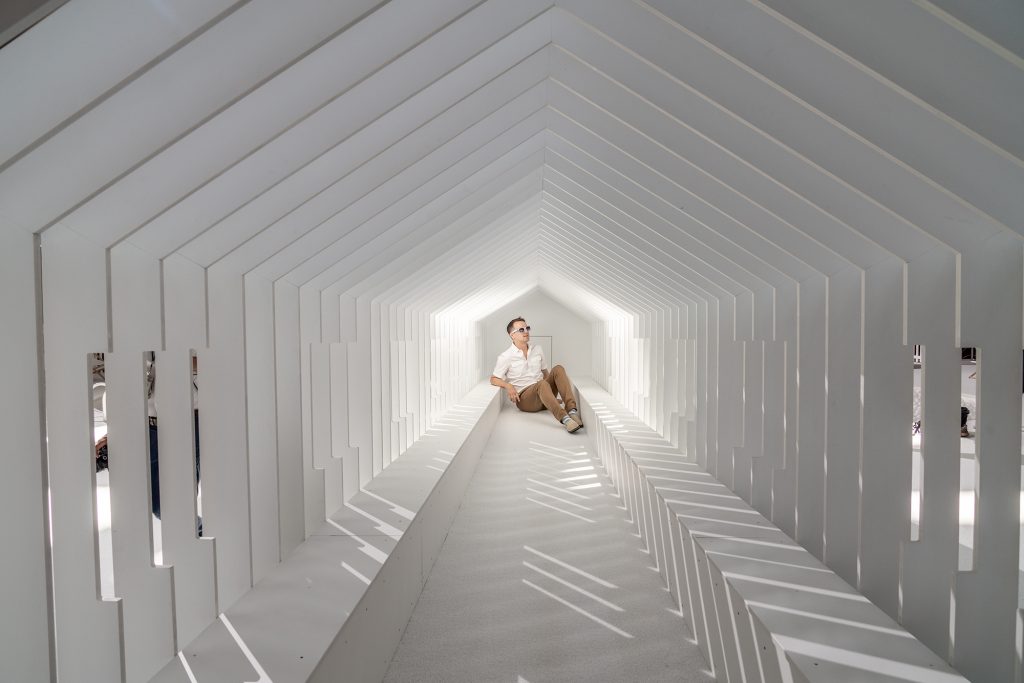 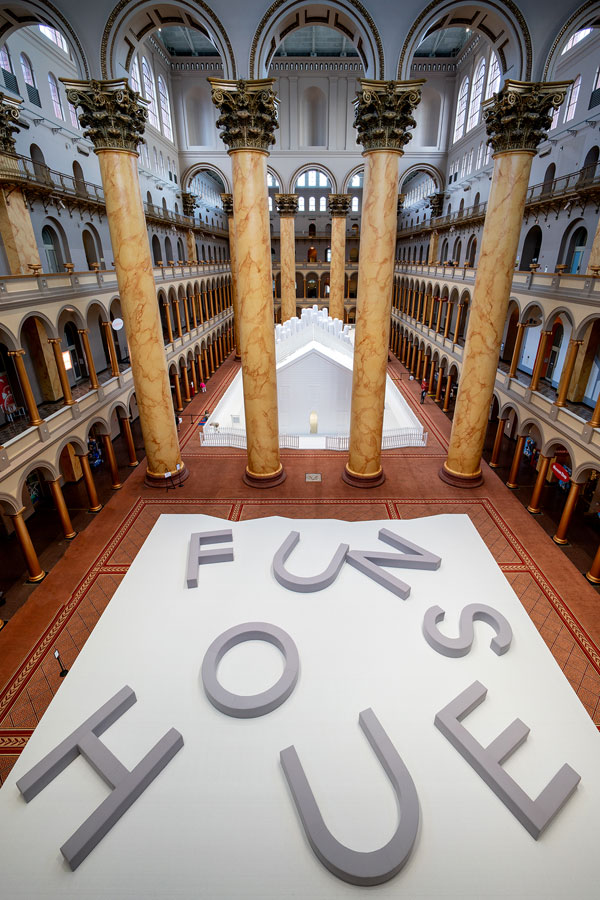