Perrotin Hong Kong is pleased to inaugurate its new location at K11 ATELIER Victoria Dockside with a group exhibition exploring meanings of portraiture through the lens of selected artists. Perrotin’s first group exhibition on contemporary portraiture features ten artists working from a range of cultures and practices to explore different manners of representation and self-representation, and the methods from which they are derived. Alternating between dualities of figuration/abstraction and introspection/perception, the exhibited works examine the formation of identity and humanistic ideals as they become subject to scrutiny and change. Portraiture has flourished as an art form over the course of its history. Before the invention of the camera, a portrait, which would be painted, drawn, or sculpted, was the primary way to record the appearance of a person. As portraiture evolved from its documentary function to providing more abstract and revelatory representations, artists experimented with the form to portray themselves and their contemporaries in various vivid ways. With its human focus, portraiture captures the essence of individuals as well as their lived and perceived experiences, reflecting as much of its subject as the one who conjures the image into being.

For Takashi Murakami (b. 1962, Tokyo, Japan), the act of self-portraiture is “something a painter must always strive to do…more than with any other subjects, a painter’s mental landscape of that moment gets encapsulated directly and blatantly into the painting. Whether it’s by da Vinci, Dürer, Rembrandt, or Goya, when you look at a self-portrait painting you can almost discern the evidence of the painter’s life in its entirety, from their breathing and worries to state of health at the time of painting.” 1 Mr. DOB, Murakami’s first created character and alter ego, evolves across the artist’s oeuvre into various shapes, colors, and dimensions. A whimsical creature with murine ears, Mr. DOB has its name lifted from dobojite, the Japanese slang expression meaning “why?”, and is inspired by cartoon imagery from Japanese and American popular culture. Kaikai and Kiki, the namesake figures of Murakami’s gallery, are also in constant transformation. Combining the bizarre and the delicate, the characters emanate dichotomous aspects of Murakami’s ego.

In association with the Superflat movement, Mr. (b. 1969, Cupa, Saitama, Japan) presents optimistic visions of bright, childlike characters that contain wider reflections on consumer culture and social anxiety. Portraying a moment of young friends hanging out outside a convenience store, Corn Dogs are the Best When Hot (2008) is an earlier painting by the artist before the Fukushima Daiichi nuclear incident in 2011, after which he turned to paint more apocalyptic scenes than domestic pastimes. Rather than being a simple nostalgic point of the artist’s career, the work evokes universally shared sentimental experiences hinging on escape from the present time or self. Aya Takano’s (b. 1976, Saitama, Japan) illustrative works express the spiritual union of humans, animals, and nature in a universe, where escaping reality, gravity, and other restraints is possible. Featuring adolescent, wide-eyed female figures drifting between eroticism and impertinence, Takano’s cast of mystical characters gestures toward a certain form of transcendence imagined from childhood.

Exhibiting two paintings from his Wannabe series, MADSAKI (b. 1974, Osaka, Japan) reinterprets Marc Chagall’s La Mariée (The Bride) with his signature use of spray paint as a fine art medium. Seemingly humorous at first glance, MADSAKI’s reappropriation of old masters is an inquiry into the Western art historical canon and deeper implications of internal turmoil. Jean-Philippe Delhomme (b. 1959, Nanterre, France) presents an expressive figuration of the real through portraiture, conveying an authorly perception which serves as the common thread between the different forms of expression that he masters: drawing, writing, and painting. With a loose, spontaneous style, Delhomme portrays his subjects in person without preliminary sketching, capturing their eccentricities directly onto canvas with an effect of lightness.

Referencing late-nineteenth-century decadent and symbolist aesthetics, Hernan Bas (b. 1978, Miami, Florida, USA) revisits and reinterprets classical painting from a homoerotic perspective that is melancholic yet full of mirth. His young protagonist, the androgynous dandy, is portrayed amidst a dense interior in an expression of pure flânerie, a state that appears suspended in time. Chen Fei’s (b. 1983, Hongtong, Shanxi, China) frequent incorporation of his own image probes into traditions of self-portraiture in the contexts of Western and Eastern art history. With a propensity for exquisite detail, vibrant colour, and hard-edged lines, Chen creates lively compositions enacted by his self- insertions. Here within the tondo frame, a style popular during the Renaissance,

Chen arranges a scene of quotidian drama gesturing toward a larger narrative, its cinematic quality blurring the lines between reality and the surreal. With his bold, virtuosic use of line and colour, Eddie Martinez (b. 1977, Groton Naval Base, Connecticut, USA) creates abstract compositions built upon congruous concepts and their artful manipulations. Drawing has always been central to Martinez’s practice as he chronicles his life through immediate sketches, which later become frameworks for many of his paintings. Enlarged and rendered onto canvas, the drawings constitute points of departure for Martinez as he builds up layers of texture and shape in bursts of raw creative energy.

Barry McGee (b. 1966, San Francisco, USA) employs an idiosyncratic visual language of stylized acronyms, sullen-faced caricatures, and groupings of panels that reflect the communality of his art and his adoption of multiple artistic personas. McGee’s thoughtful juxtaposition of elements, often informed by the artist’s interactions with the neighbourhoods in which he resides, invites collaborative dialogues between art and community, arriving at creative harmonies beyond the individual. Rather than complex human relations, Izumi Kato (b. 1969, Shimane, Japan) revolves around shape and form in his practice. Painting with his hands and fingers, Kato does not reproduce formulated images, instead of creating spectacles arising from interactions between the artist and his artistic surfaces.

Embodying crude, imprecise bodies, the humanoid figures become abstract silhouettes evoking a universal form and preternatural spiritual existence. Using portraiture as a starting point, Kaleidoscopes: Contemporary Portraiture presents interpretations of the ways with which the human experience may be understood and transformed. Each portrait is an expression of the artist’s vision; altogether, they form a kaleidoscopic view of likeness at once familiar and destabilizing, a reflection conjuring multiple narratives, states of being, and metamorphosing selves. 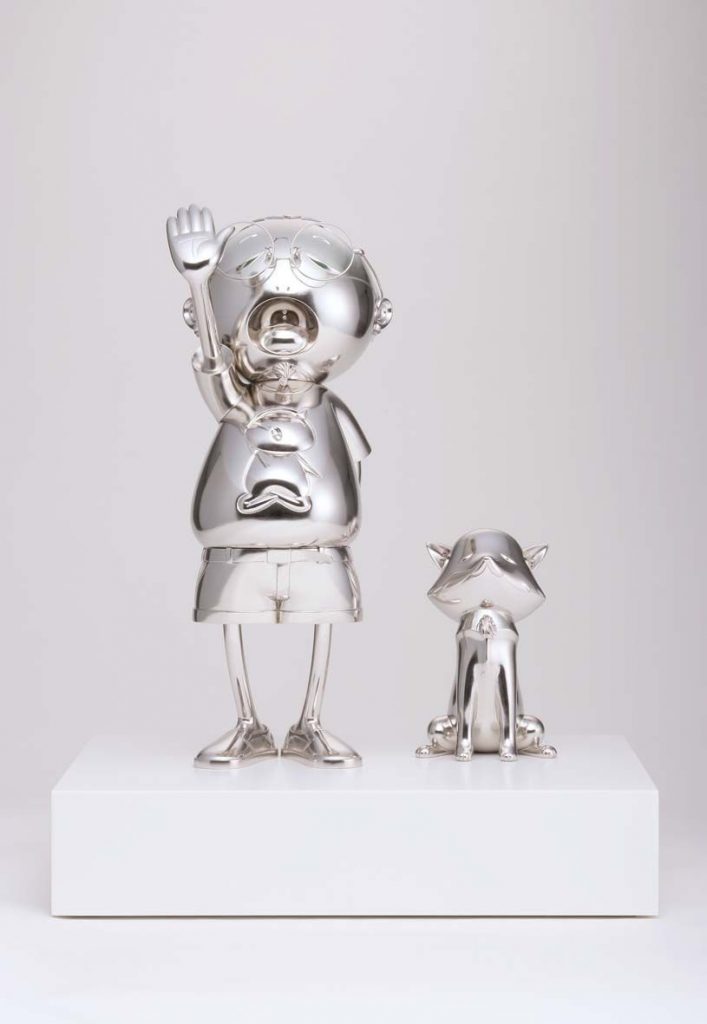 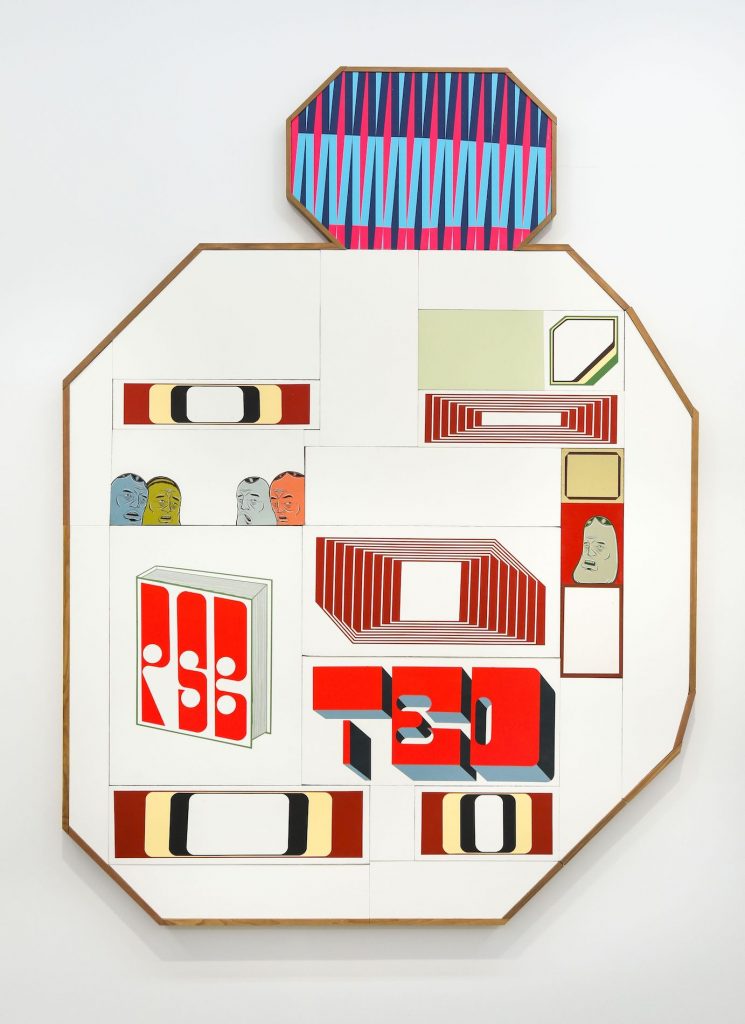 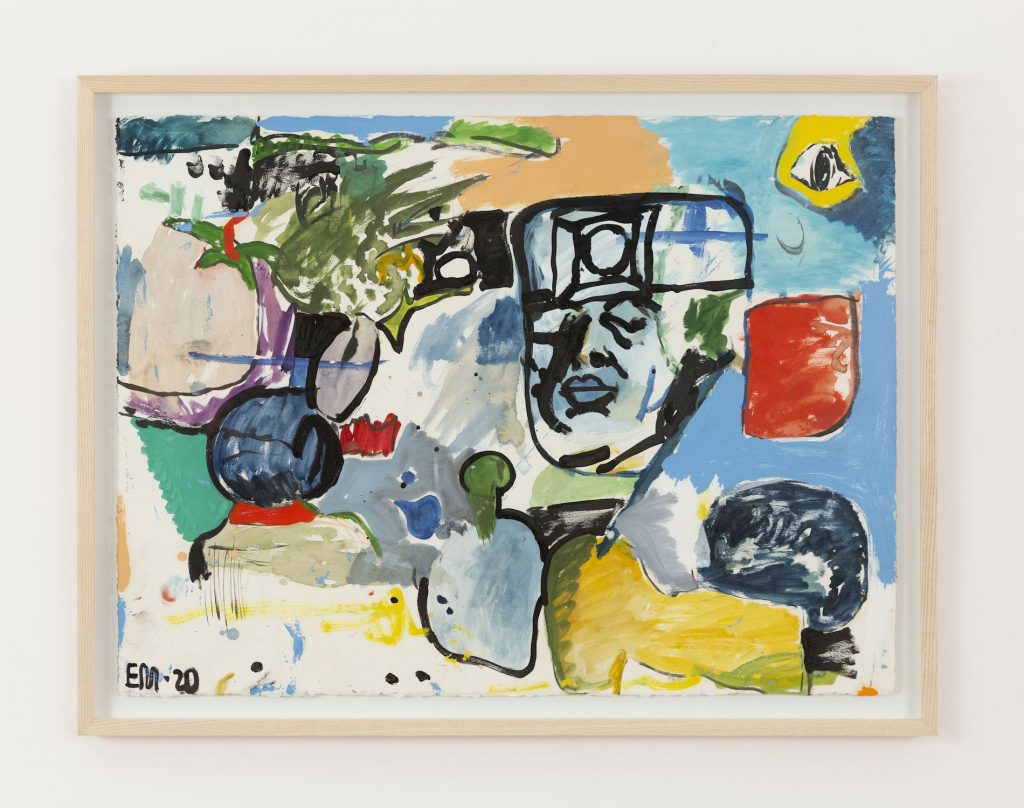 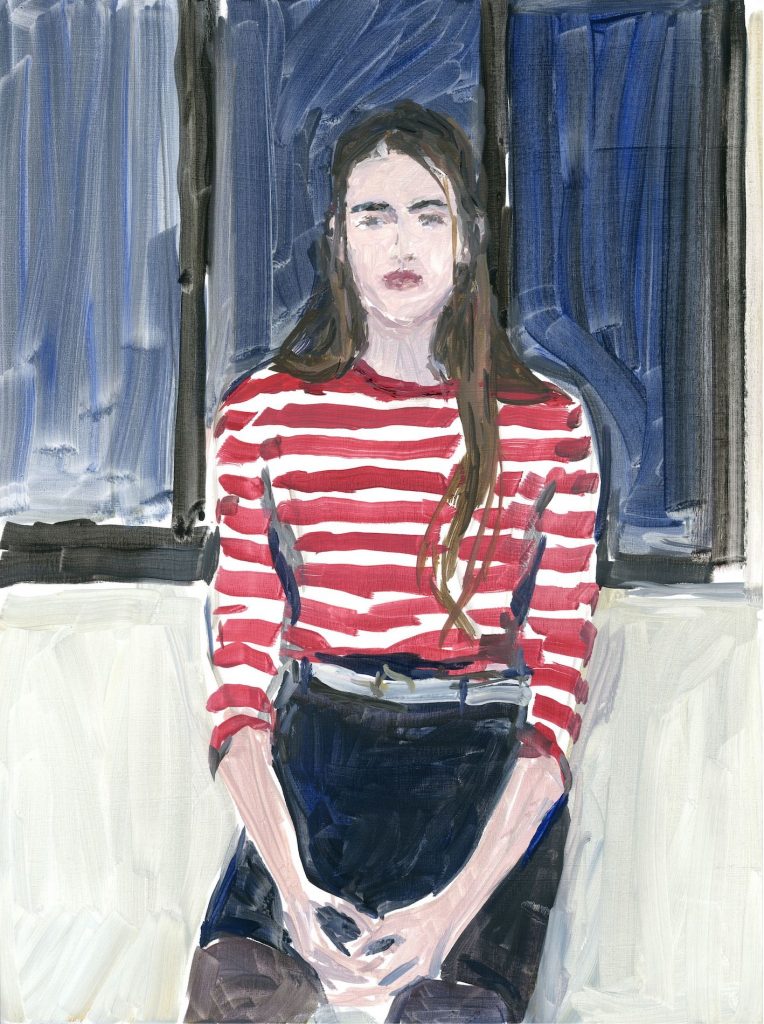 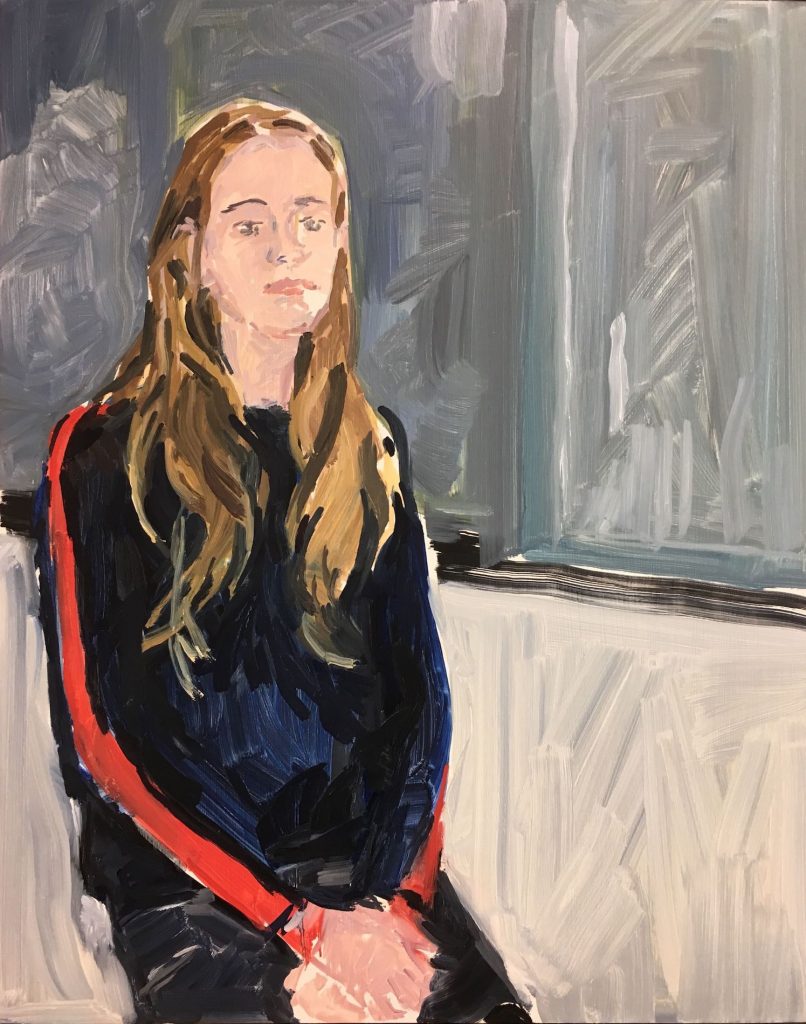 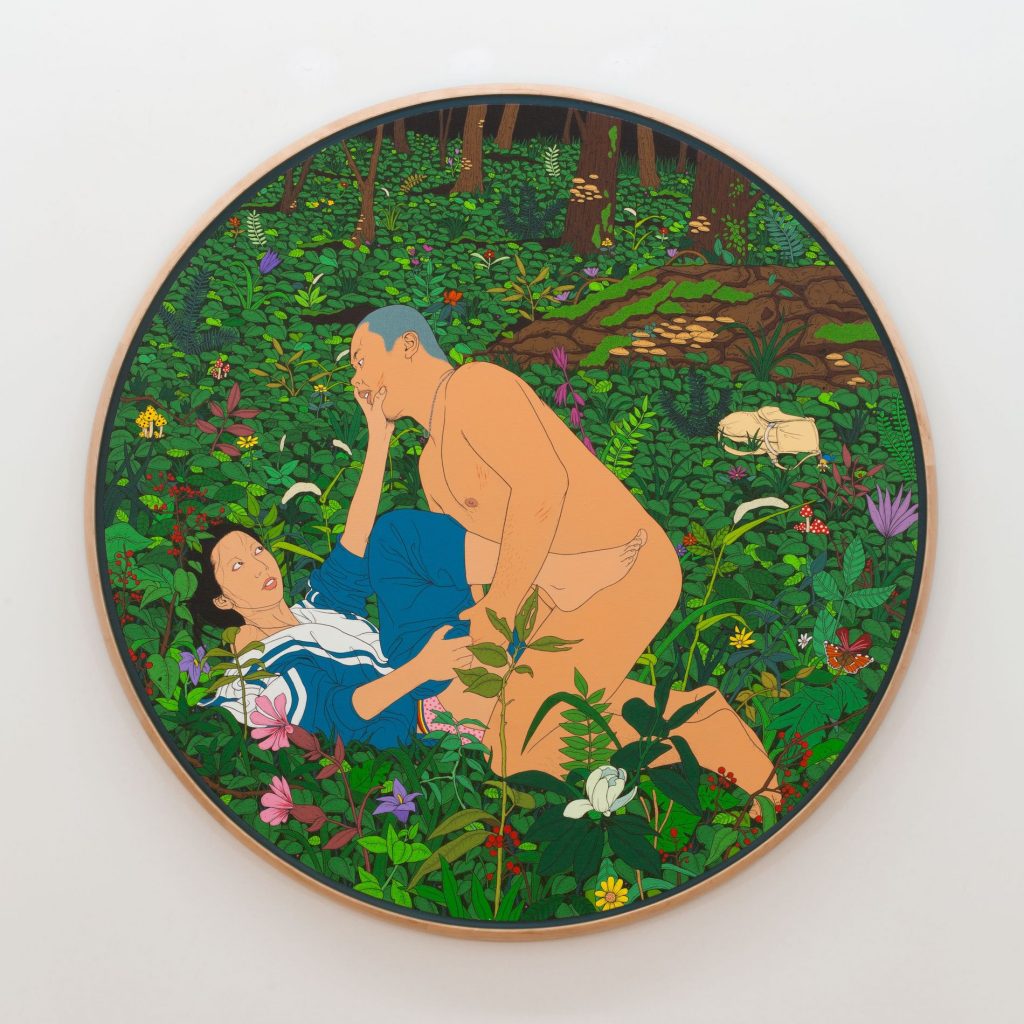 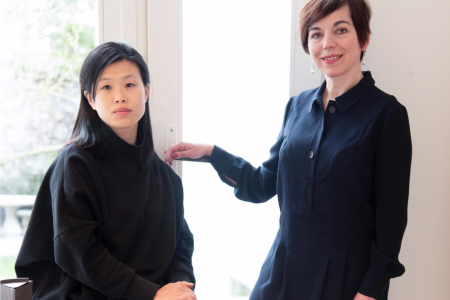 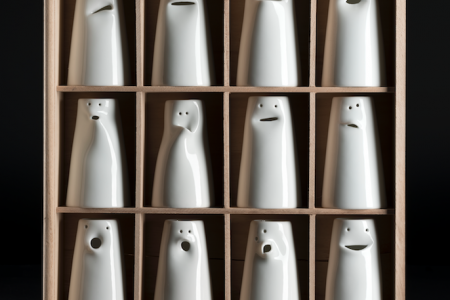 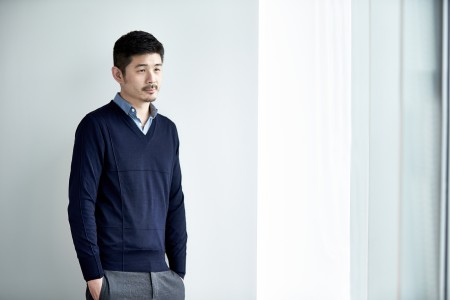