Kristin McKirdy has never really seen ceramics as an utilitarian medium —it’s the sculptural side of the craft that appeals to her. After a four-year residency at the Sèvres-Cité de la Céramique that ended in a retrospective of her work and the limited-edition “talisman sculptures” she did for Dior’s 2016 menswear collection, the American artist is holding her third solo show at the Galerie Jousse Entreprise.

The display is made up of new installation and sculptures, as well as mural work and celebrated pieces like the Coffre-Nuage from Sèvres.

This new show is based on contrasts: black and white surfaces meet coloured glazes; rough meets smooth, matte meets shiny, thick sculpture meets light. Apart from three installations made from cylinders and cubes, she is presenting an architectural sculpture, nearly two metres tall. The open-work is formed by the repetition of two opposing figures, a shiny coloured ball and a soft articulated form, that develop scratches on a white surface.

Indeed: it’s the scultptural side of craft that appeals to her. 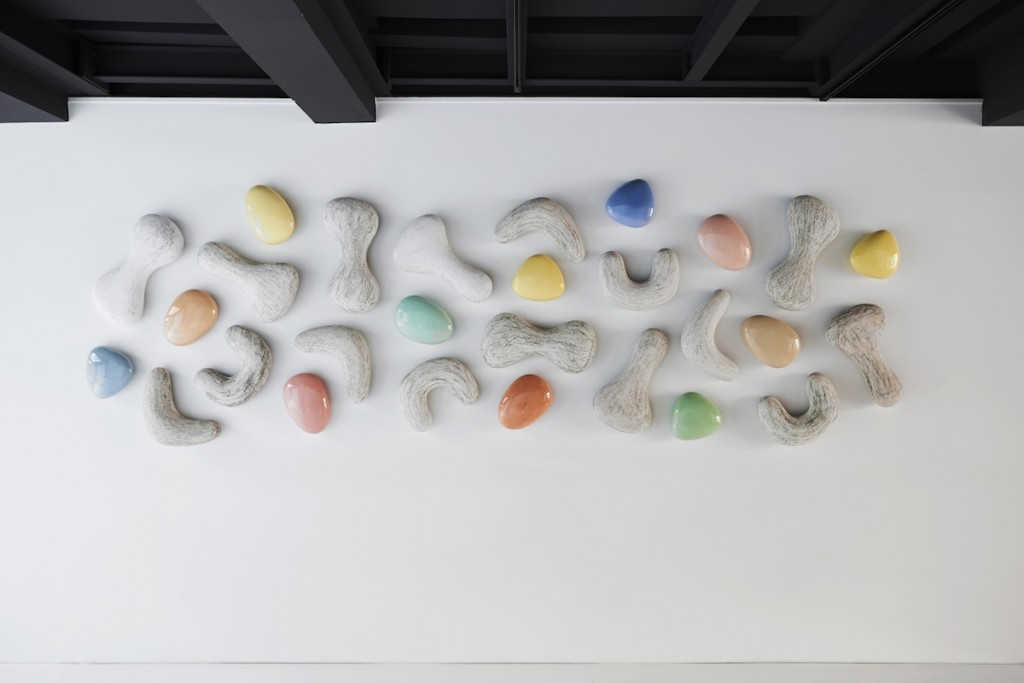 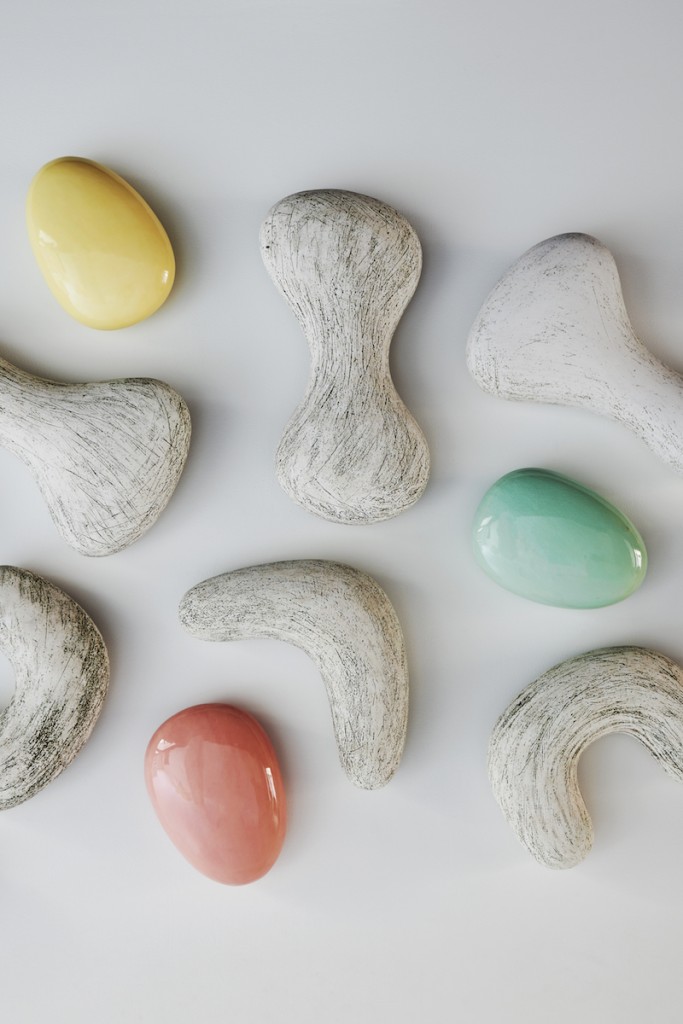 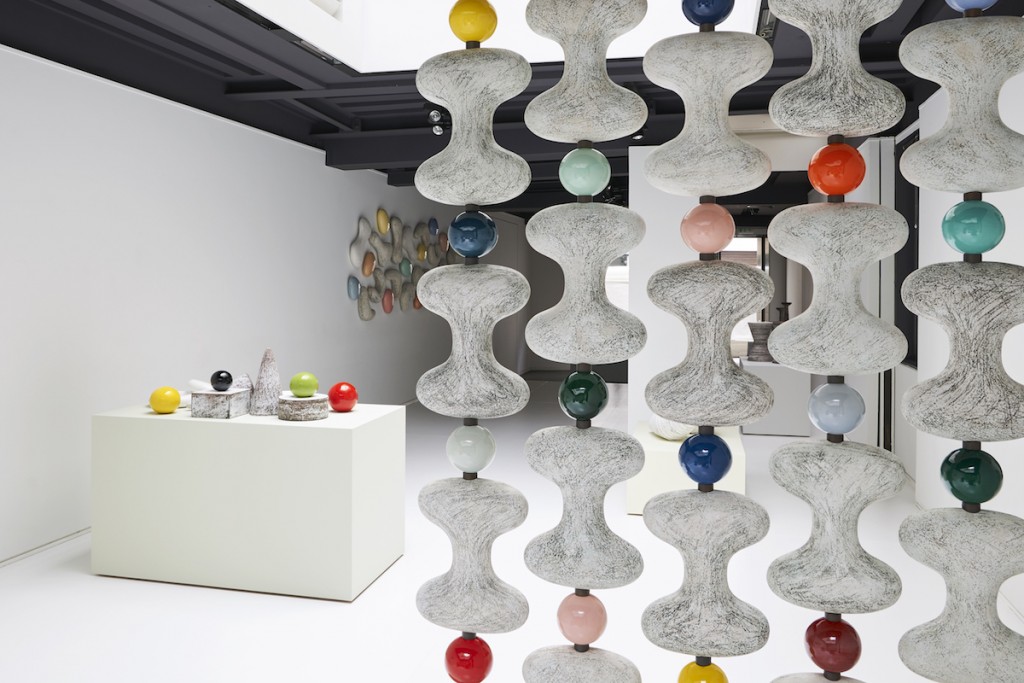 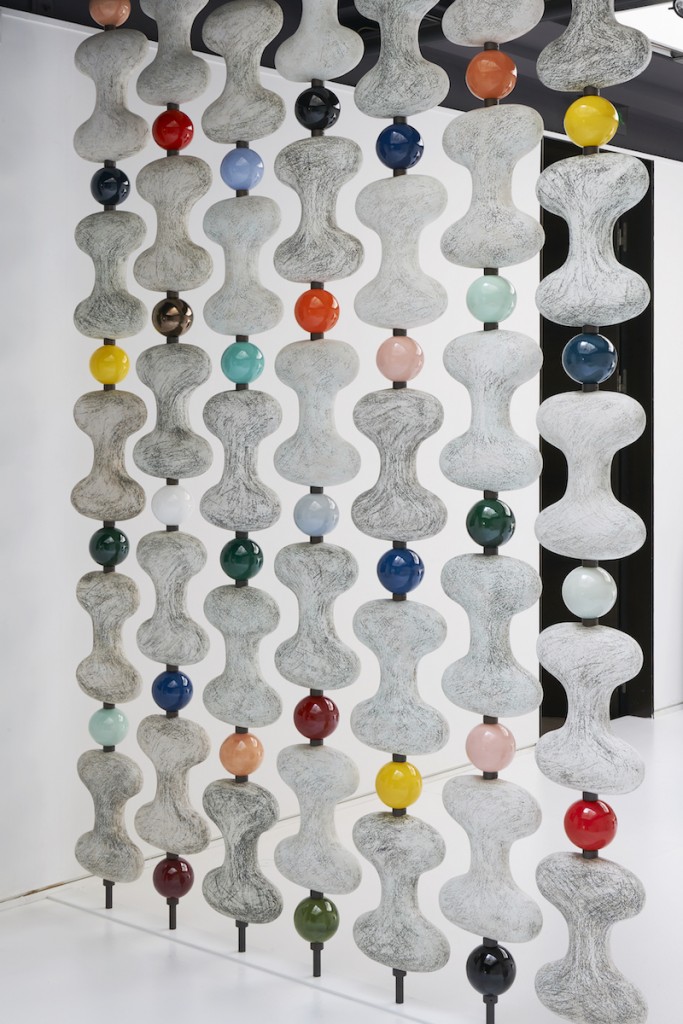 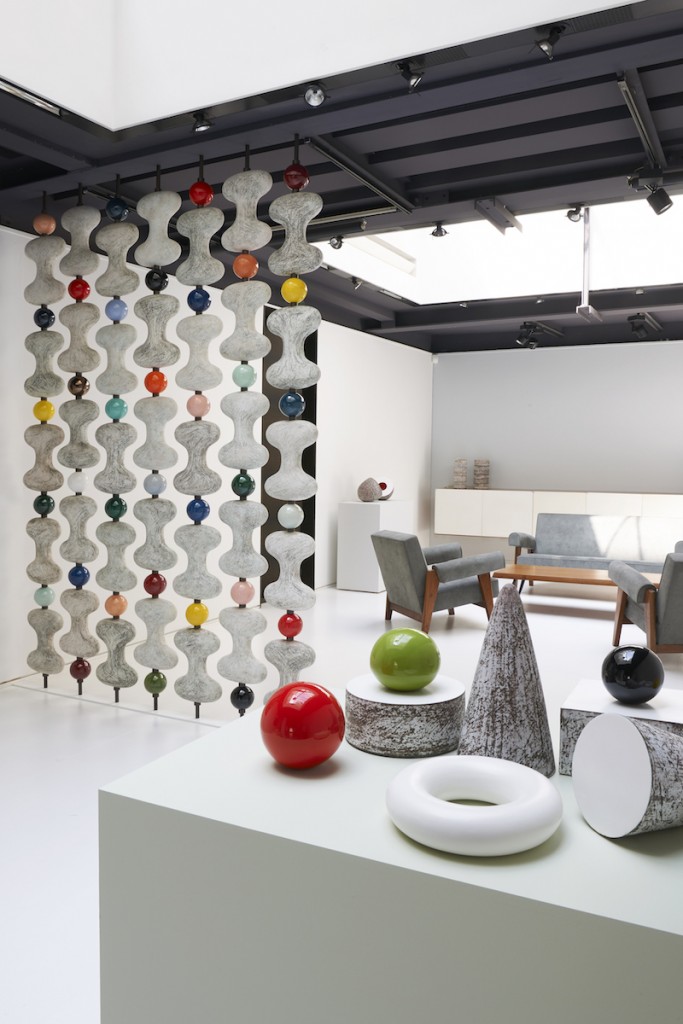