The cultural season in Bordeaux started last June and is dedicated to Freedom. The Museum of Decorative Arts and Design (madd-bordeaux) takes part by hosting the exhibition Memphis – Plastic Field. A former exhibition which was previously presented in 2018 at the Berengo Foundation alongside the 16th Venice Architecture Exhibition.

Ettore Sottsass founded the Memphis Group in 1981, which brought together young architects around his strong personality. They dreamt of breaking codes of modernity and rationalism; the culture they established was not only vitalistic but also an instinctive reaction to the gentrification of design.

The first collection that was exhibited in Milan, opened on 18 September 1981 and had the effect of a bomb in the European design scene. It drastically changed the language of shapes and colors that up until then was based on the sense and presence of the object, rather than on its function.

An international network was created around Ettore Sottsass, including two Bordeaux artists Martine Bedin and Nathalie Du Pasquier. Together, they overturned the traditional principles of design, transforming a discipline that had previously focused on production and rationality, to orientate it towards visual communication. They felt a certain amount of freedom that opened up a whole new scope of possibilities.

A strategy was devised to acquire an international reputation immediately. Ernesto Gismondi, chairman of the company Artemide, distributed the collection worldwide, thus providing essential exposure for the Memphis Group. The usual economic model gave way to unlimited production. The Carlton bookcase became an icon of Italian design all over the world. A thousand copies of the First chair, created by Michele De Lucchi, were soon sold.  And the Super lamp, created by Martine Bedin, is still a best-seller.

With this exhibition, madd-bordeaux continues the work inaugurated by Jacqueline du Pasquier, honorary curator of the museum, who hosted in Bordeaux the first French exhibition devoted to the Memphis Group in 1983. Exhibiting Memphis today also allows for the present-day pertinence of this impetus towards freedom that gave center stage to democratic culture and focused on the aspects that elitists designers despised, i.e. ornamentation and decoration, by also highlighting spontaneity, sensuality, and humor.  As stated by Paris Match in 1983: “After Memphis, nothing was ever the same again in the history of interior design”.

Bringing together over 160 iconic works designed between 1981 and 1988, Memphis Plastic Field highlights the irreverent and subversive spirit of all these young designers. As well as these masterpieces, about thirty vases produced in Murano are exhibited.

Memphis – Plastic Field is on show at The Museum of Decorative Arts and Design until the 5th of January 2020. 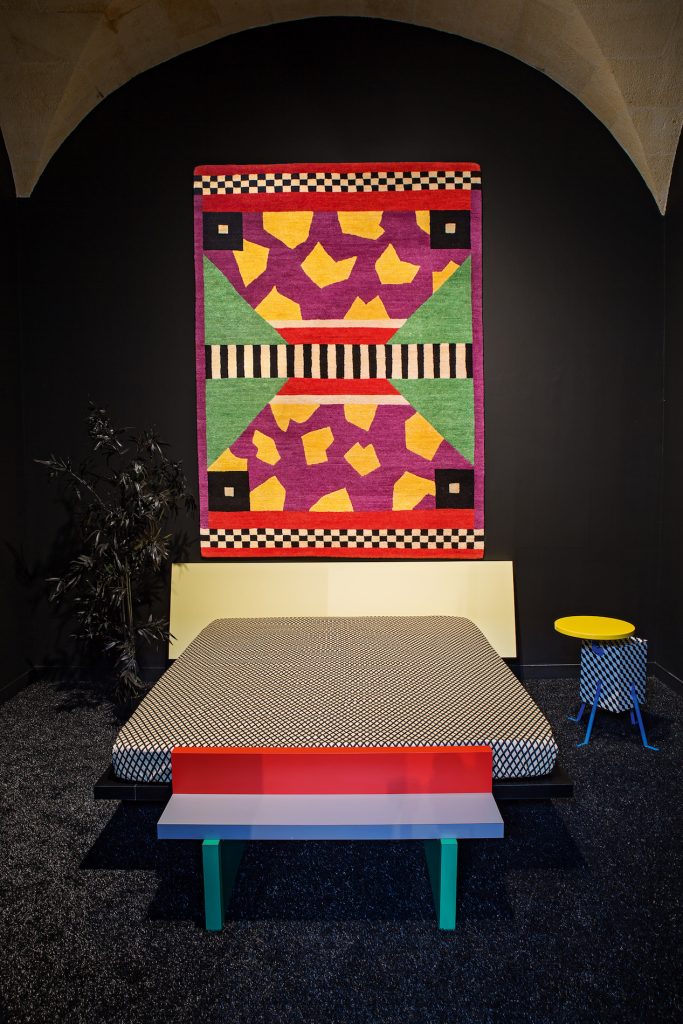 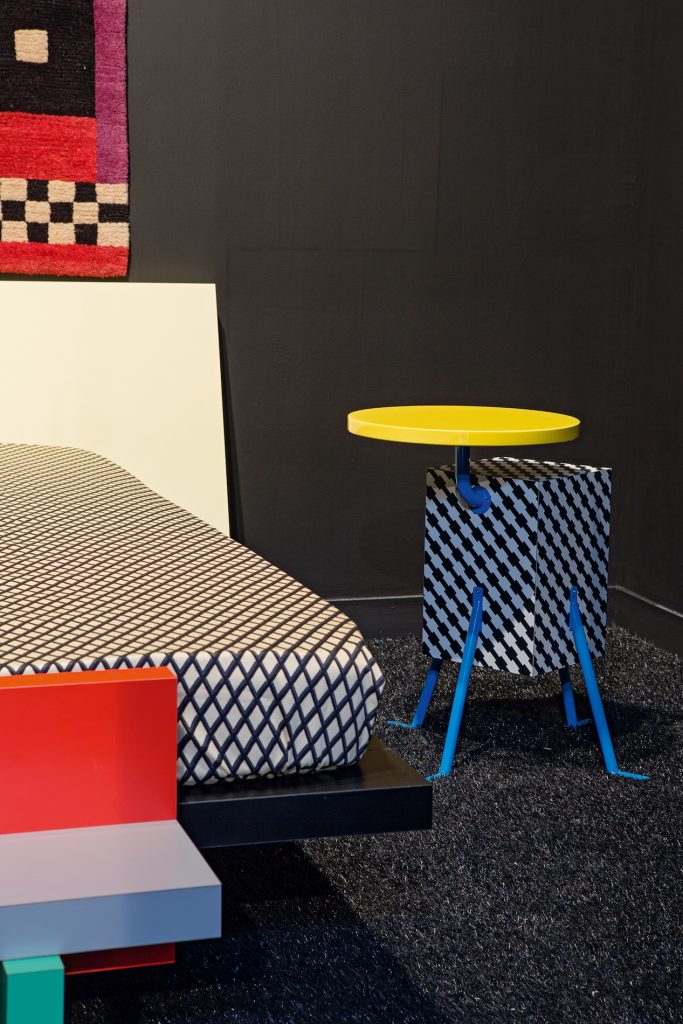 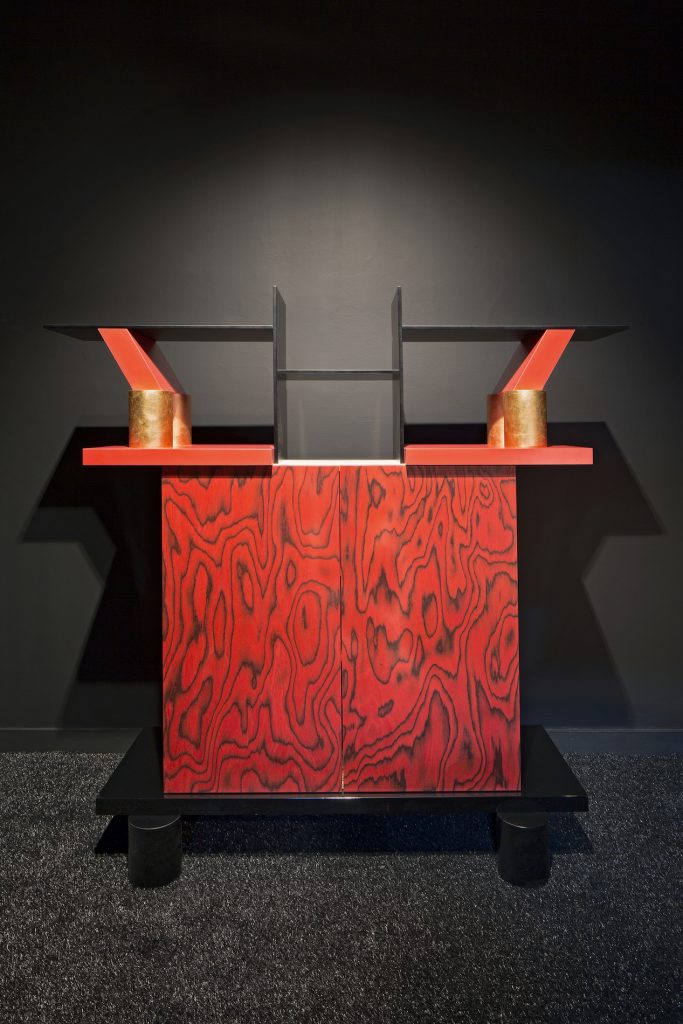 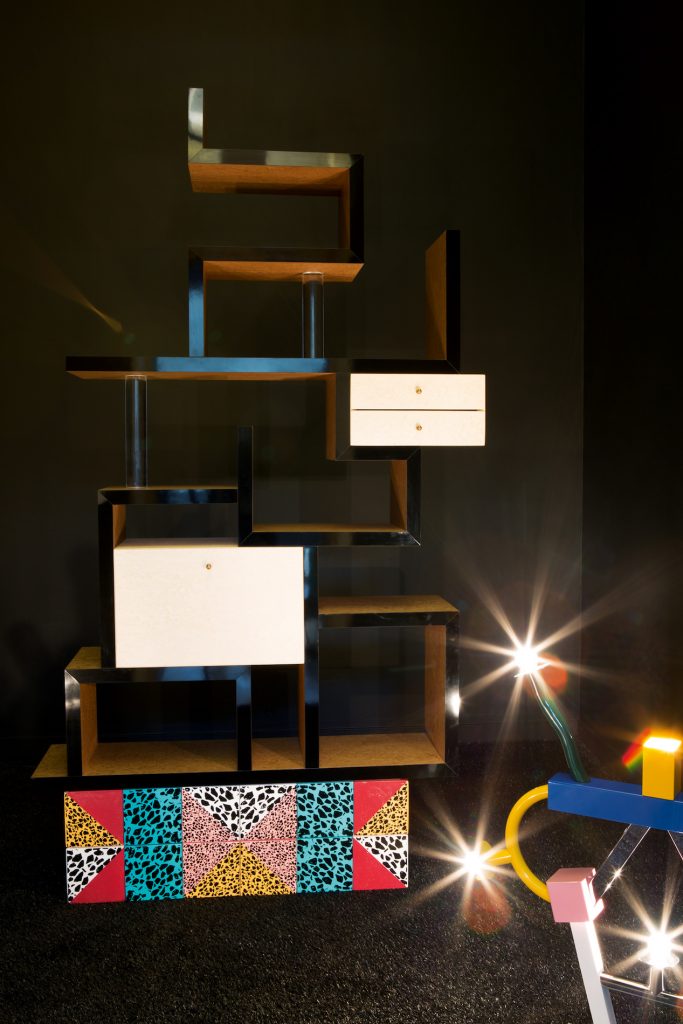 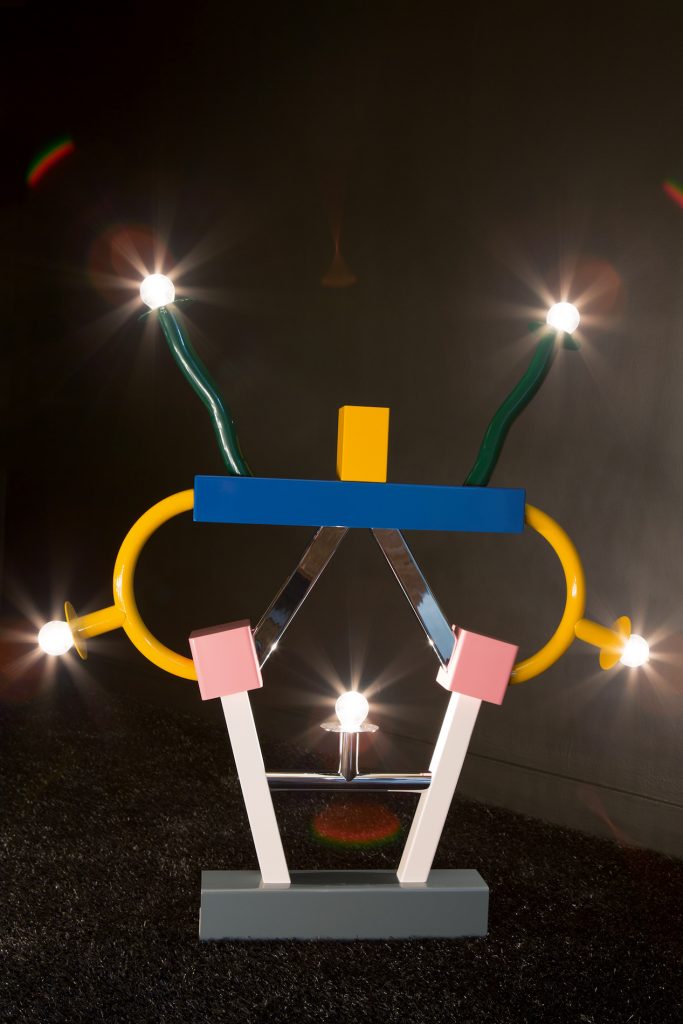 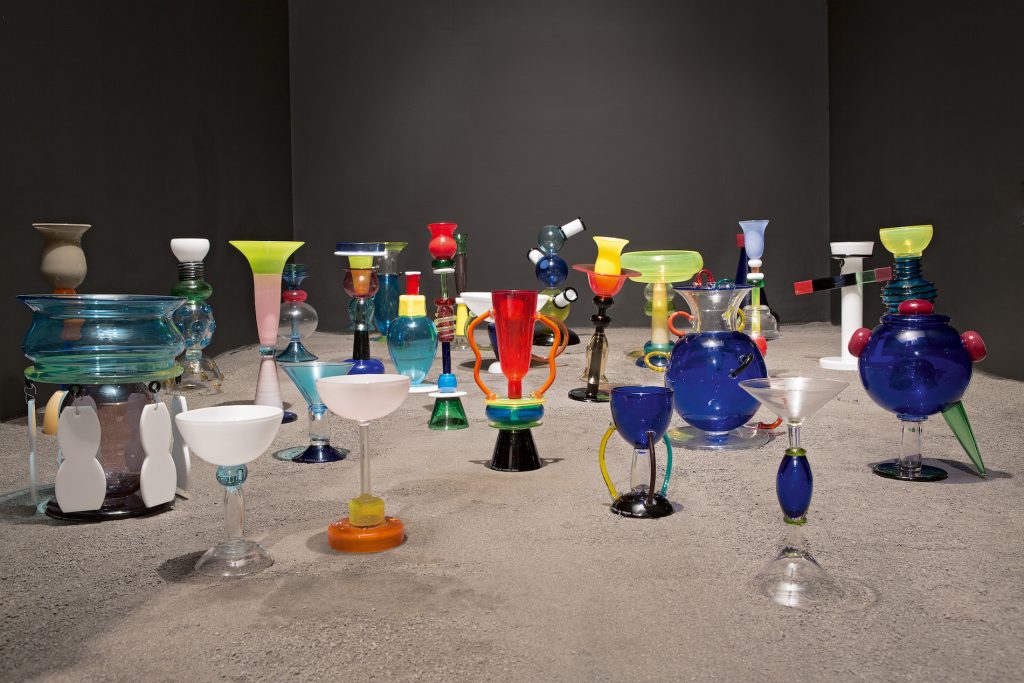