The latest group exhibition from Pearl Lam Galleries takes its inspiration from Nietzsche’s writing, whose translated words borrow the term 化 (huà) from Chinese philosophy that denotes both change and creation. The exhibition, titled ‘Metamorphoses‘, takes on flows of spiritual and physical transformations as its premise to examine the different stages or conditions in artistic practices that could contribute to an affirmative approach to art and life.

On show is Pang Tao’s Change of Colour Gradation—Grey Tone II, one of nine works from her hand-painting on silk print series that the artist created in her 80s, and Dancing Notes, a short video that consists of hundreds of computer-drawn images created in tune with played symphonies. In this body of work, Pang delves into pure abstraction with her own manifestation of the relationship between music and painting, achieving synaesthesia of musical notes, sound, colour, lines, and composition that reminds us of classical works by Kandinsky. Meanwhile, Revelation of Bronze—Horn, a much earlier painting Pang Tao created in 1985, is more rooted in the Bronze Age in China. Executed in swift and loose brushstrokes, together with a spontaneous deformation of a goat’s head from a Shang dynasty bronze vessel (The Four-Goat Square Zun), this work reflects the lightness, playfulness, accuracy and sophistication seen in her recent works.

Iranian artist Golnaz Fathi is one of a few women who have trained extensively in traditional Persian calligraphy, but her works draw on different cultural traditions. What balances her painting and calligraphy practices is a well-grounded expression of freedom. In her works, signs or letters have been stripped of their meaning and form. Fathi was inspired by the “black practice”, a repetitive warm-up exercise that results in a sheet of paper being covered with black calligraphic lines, giving way to “the silence of the lines”. Her paintings become a space for “visual meditation”. On show is Fathi’s quadriptych Untitled (2017), where the horizontal momentum climaxes in the centre with a simple white stroke applied on a black background with intense concentration and strength. Similar traits can be observed in another four-panel group of works. The flow of space is carefully controlled, as Fathi leaves blank areas to absorb the outpouring of energy constrained in intersections of lines in blocks. As the artist says, her paintings reside in “an eloquent stillness that communicates.”

During his nearly 30 years as an artist, Chinese artist Huang Yuanqing has been practicing both calligraphy and painting, examining each discipline through the other’s approach. What he does is akin to a reconciliation between Chinese calligraphy and abstract painting; he has been bridging the different cultural characteristics in his art hidden within his own form of “writing”. Rice paper allows Huang to keep both the vigorous psychic force of writing and the sensitive touch between brush and paper, which absorbs ink instantly, whereas canvas demands a direct, opposing pressure on the surface. The quality of his lines on canvas is inevitably influenced by his spiritual energy, as the lines become animated, acquiring their own lives.

While the three aforementioned artists and their practices have gone through different types of transformation, the changes were all propelled by a constantly growing inner strength that expands and functions in an intuitive way following its own will. This is seen in the musicality and lightness embodied in Pang Tao’s recent works; the meditative approach in Golnaz Fathi’s paintings, which also allows for bursts of emotional intensity; and the combination of elements of tai-chi and boxing, which Huang Yuanqing has been regularly experimenting with in his paintings. The other three artists in this exhibition explore the idea of growth, the cyclic nature of life, as well as certainty and chaos using a more materialized, object-based approach.

Gatot Pujiarto’s large-scale tapestry work The World Inside allows viewers to float freely in the world of the unseen and to wander between order and chaos. Originally inspired by the mystery of underwater life, a panorama view has been reconfigured using a variety of techniques, including sewing, patching, braiding, and tearing fabric cloths, with one form confronting and morphing into another without a clear boundary.

Leonardo Drew’s sculptures have embraced the weight of our corporeal existence and its uncertainty with more of an improvisational approach. Raw materials from nature or urban living environments are carefully crafted and placed; the structures resemble those of a cosmic system, which in the artist’s own words are intended to “make sense of chaos”. The exhibiting porcelain works have been specially created in China. Having gone through long period of tests in Jingdezhen, Drew has gained extensive experience with applying colour to this fragile material.

Zhang Huan’s incense ash paintings in this exhibition feature historical moments and explore topics such as the search for truth of history, the revealing of collective memories, and ultimately the eternal questioning of life and death. While reminding viewers of spiritual enlightenment in Buddhist philosophy, ash also represents an acceptance of the wheel of life and the disjunction of reality. As claimed by the artist, “To me, ashes carry unseen sedimentary residue and tremendous human data about the collective and individual subconscious.” Historical events can be vague and obscure, like how our memory works or how life unfolds.

‘Metamorphoses’ is on view from the 27th July until the 15th of October and features six Chinese and international artists: Leonardo Drew, Golnaz Fathi, Huang Yuanqing, Pang Tao, Gatot Pujiarto, and Zhang Huan. 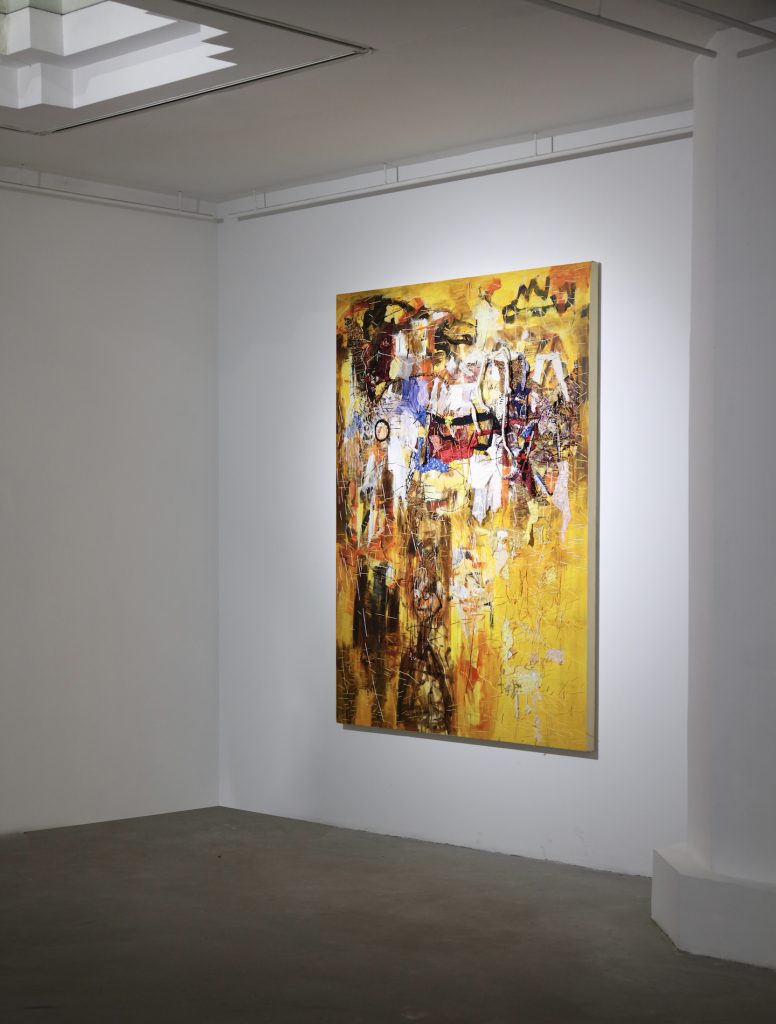 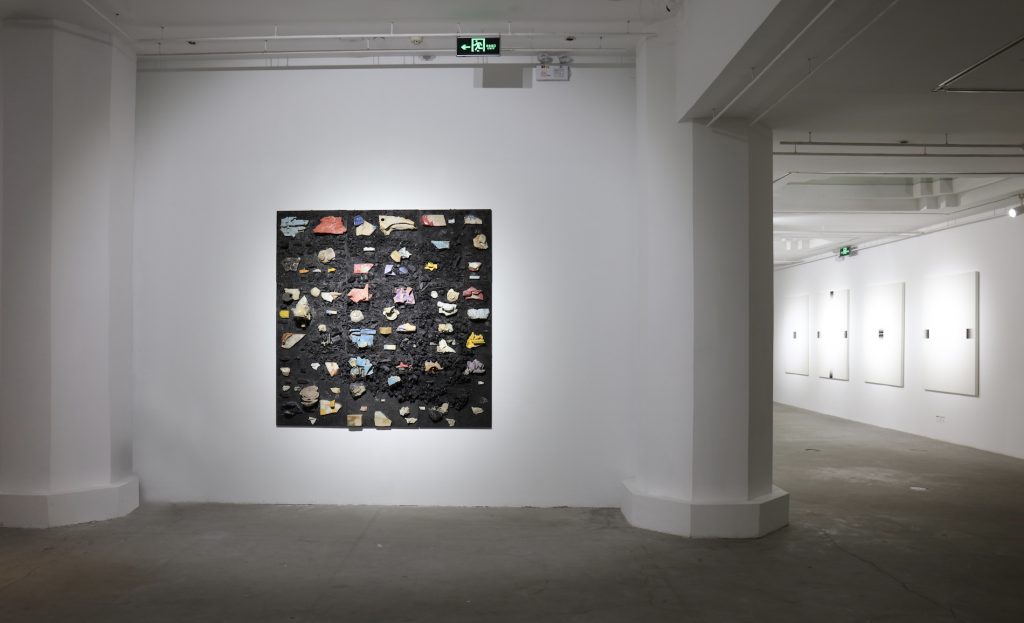 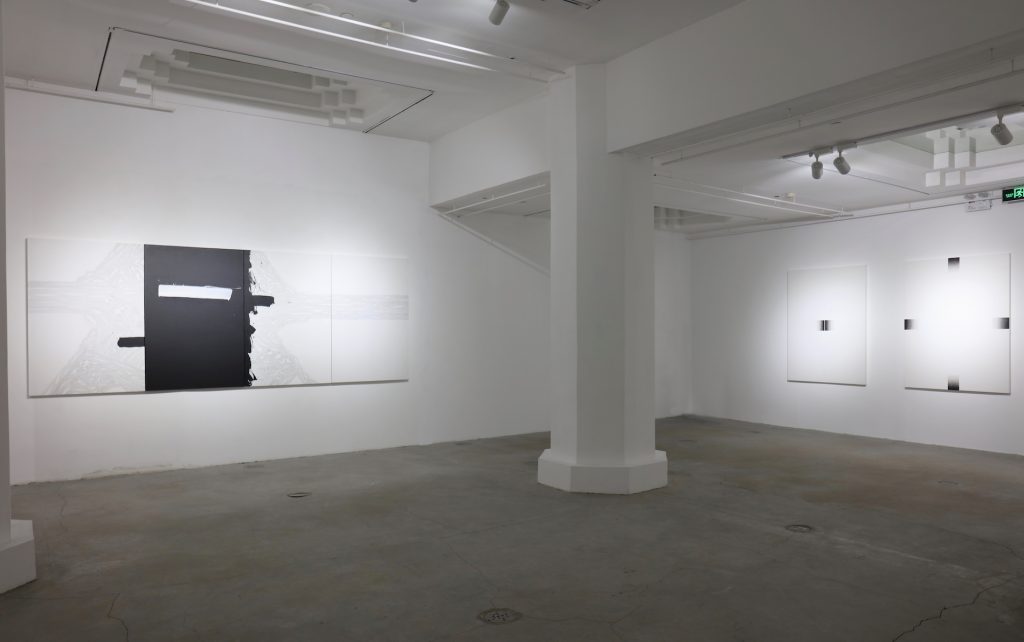 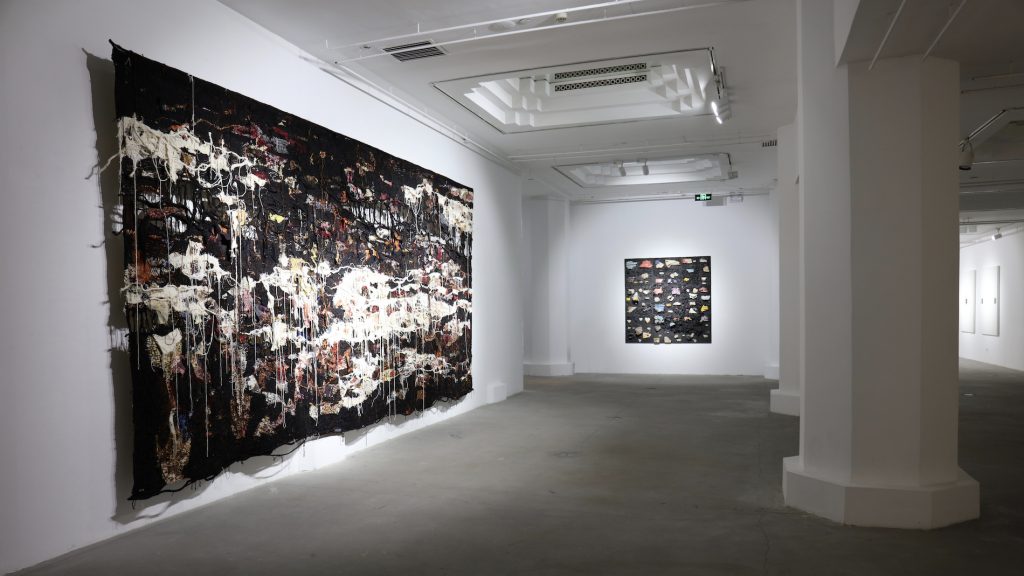 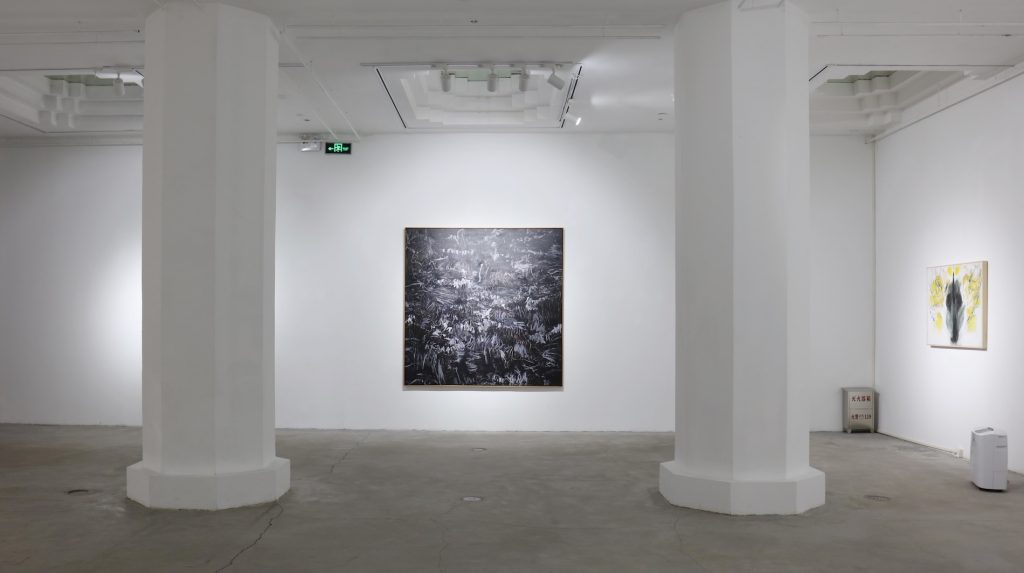 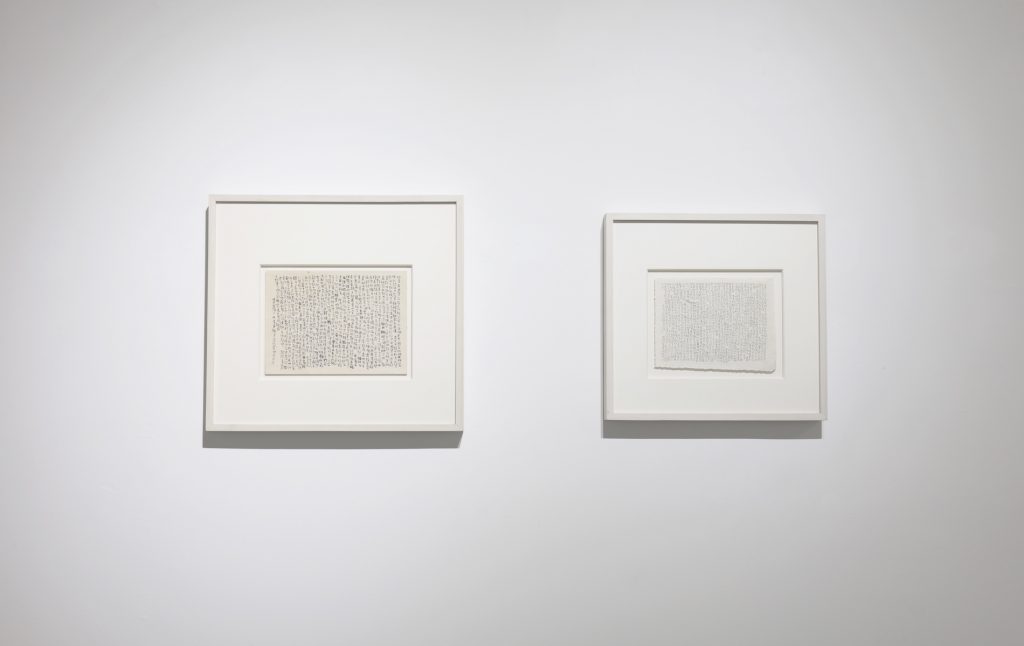 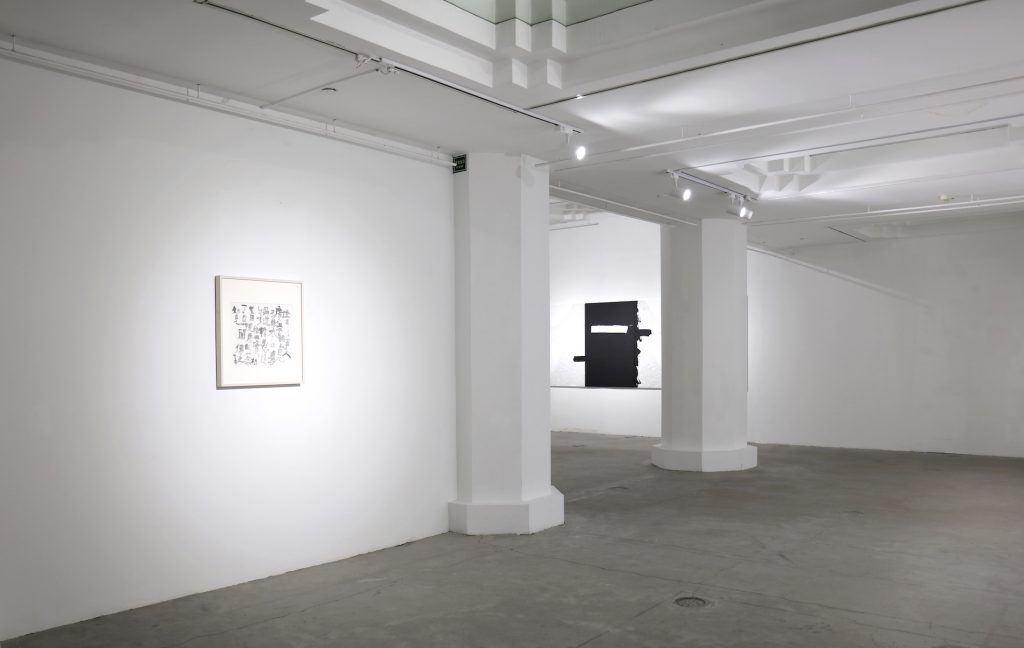 Processed with VSCO with av8 preset
‹ Back