To Be Played: Giardino Giusti Opens Gates to Contemporary Art

Contemporary art enters into a dialogue with the beauty of the Renaissance garden, evoking the passage of time through the interweaving of different historical and artistic languages. The Giardino Giusti has recently been included among the 10 finalists of “Il parco più bello” (‘The Most Beautiful Park’), a national competition aimed atcelebrating the priceless heritage of Italy’s unparalleled parks and gardens.

Always considered one of the most interesting examples of the Italian garden, with its Roman ruins, its majestic avenue of cypresses, and one of the oldest labyrinths in Europe, the Giardino Giusti opens its gates to contemporary art with the exhibition “To be played – Video, immagine in movimento e videoinstallazione nella generazione ottanta”, from 11 October to 22 November, 9:00 am to 7:00 pm (last admission at 6:30).

Introduced during the ‘60s mainly as a means of documenting Performance Art, then an autonomous artistic language by the ‘70s, video is a medium that embodies the correlation between the artistic inquiry of the 20th century and the field of technological innovation.

Today, experimentation with video and moving images are the main focus of the research of a number of artists who, after having assimilated the possibilities suggested by the work of their predecessors, have developed a proliferation of languages that define the contemporary era. Curated by Jessica Bianchera and Marta Ferretti, in collaboration with ArtVerona and Careof, the exhibition presents the work of a selection of young artists who work in a transversal way, exploring different approaches to the expressive, narrative and presentational possibilities of video.

The exhibition explores the many facets of video in relation to its various forms of installation in a survey, not intended to be exhaustive, of the generation of artists born in the 1980s. So if a work like Empire (2017) by the young Polish artist Michal Martychowiec – citing Andy Warhol’s historic film in a close dialogue with art history while at the same time introducing a complex reflection on the concept of ‘freedom’ – is configured as part of an enquiry that ranges from installation to photography to performance to video, a work like Scala C, Interno 8 (2017) by Giulio Squillacciotti testifies to an almost anthropological investigation conducted with a decidedly directorial cut and gaze. Agency giochi di potere (2014) by Adelita Husni Bey is a video installation inspired by an exercise in class citizenship originally developed in the United Kingdom and implemented during a simulation held in April 2014 at the MAXXI Museum in Rome with thirty-five volunteer students.

On the subject of linguistic contamination, we must certainly mention Dido’s Lament (2017) by Jacopo Mazzonelli, in which the dual soul of an artist/musician and his interest in the ‘musical gesture’ emerges as the basis of the performance with respect to the sound produced. The integration of video and installation is well represented by Le Domestique (2015) by Nina Fiocco in which the elements both inside and outside the filmic image merge and complement each other. Particular attention has also been dedicated to the use of technology as a tool that contributes to the definition of the work: an example is Something for the Ivory (2019) by Helen Dowling, which involves the use of two cathode-ray tubes in which the images flow in parallel thanks to a synchronizer.

In the choice of the works, one of the decisive factors was the dialogue with the space, which is not treated here as a simple container, but as an active part of the general mechanism of the exhibition. In the center of the Hall of Honor stands Wax, Relax (2011) by Invernomuto: a grotto made of white wax about 5 meters long, exactly opposite the real grotto at the end of the avenue of cypresses that runs through the 16th-century garden. Here, where once a complex system of mirrors, hidden among the nooks and crannies of the raw rock and fossil shells, created suggestive plays of light in function of the hour of the day and the season, Pirolisi solare (2017) by Elena Mazzi addresses the theme of scientific research on renewable energy sources, starting from her own installation of mirrors from a previous work (Reflecting Venice, 2012- 2014).

The exhibition is made even more special by the official presentation of Appartamento 900, recently restored and refurnished. Surrounded by the frescoes by Veronese architect Paolo Farinati (1524-1606), the apartment in the west wing of the Palazzo, which overlooks the majestic garden, is organized into a series of spacious rooms that illustrate the various eras from 16th to the 20th century. Built during the Cinquecento by Agostino Giusti, it was inhabited by his family until it was requisitioned by the Luftwaffe in 1943 and then bombed in 1944.

The rooms welcome the visitor with a decor that features plant and palm motifs typical of the time. The greenery is curated by Flò Bologna, a creative lab founded in 2000 by Annalisa Lo Porto, who designs and installs floral settings where every element is expertly selected and combined to create highly original customized decorations. For this occasion, Flo’ Bologna presents a selection of plants imported from the New World that were fashionable in the early 20th century, thereby emphasizing the furnishings and architectural details of the apartment.

Giardino Giusti has recently been included among the 10 finalists for “The Most Beautiful Park”, a national competition aimed at valorizing the inestimable importance of the parks and gardens of the Italian peninsula, continuing its quest to stimulate interest in the highest forms of garden design. 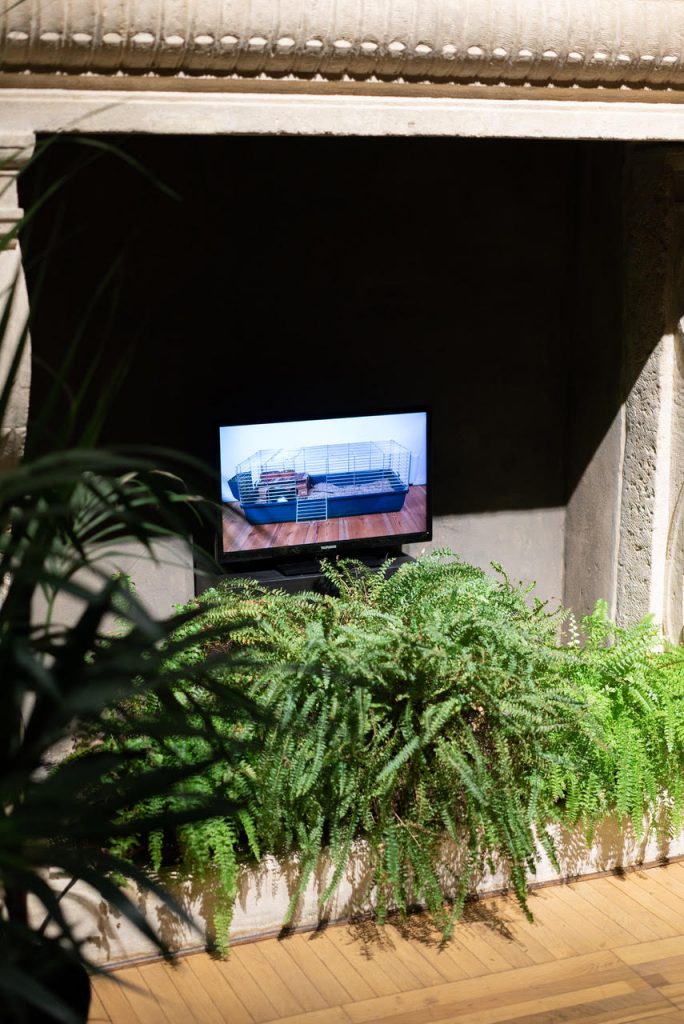 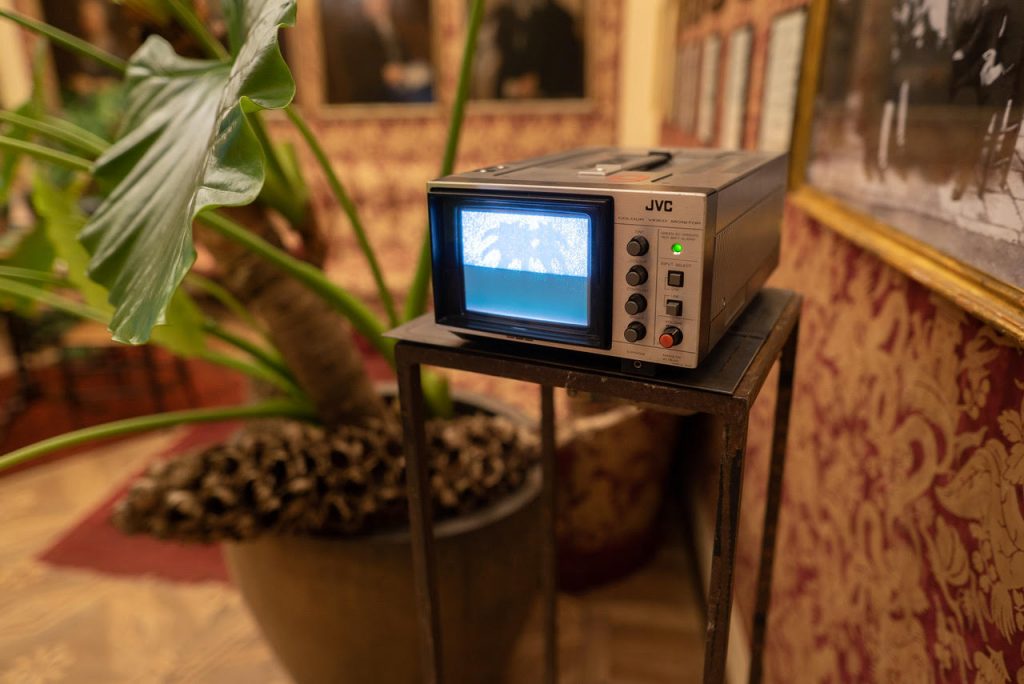 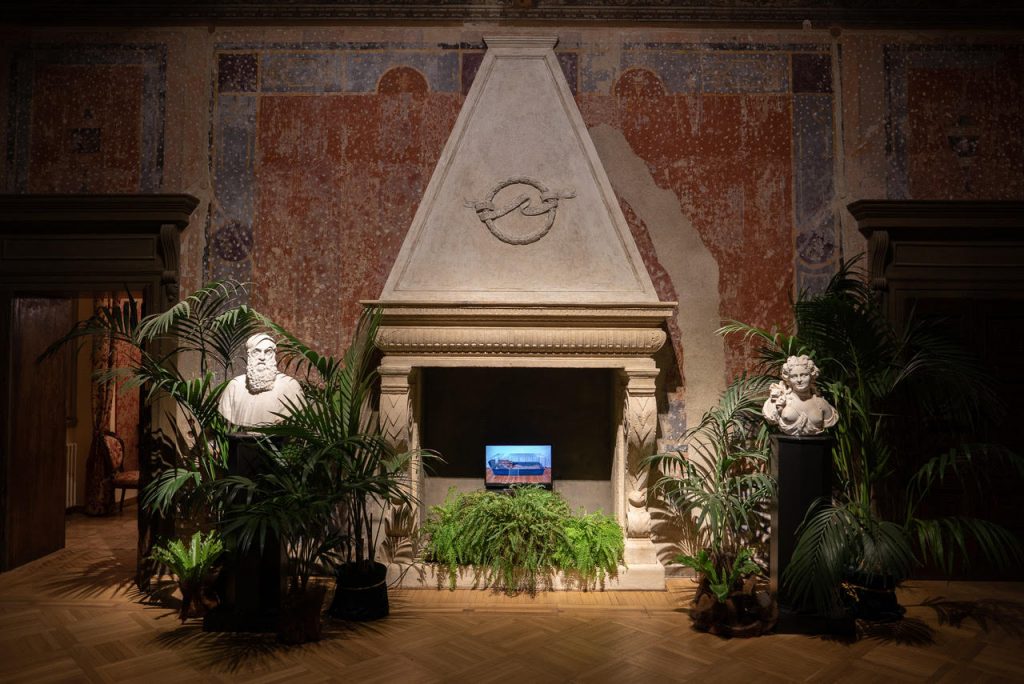 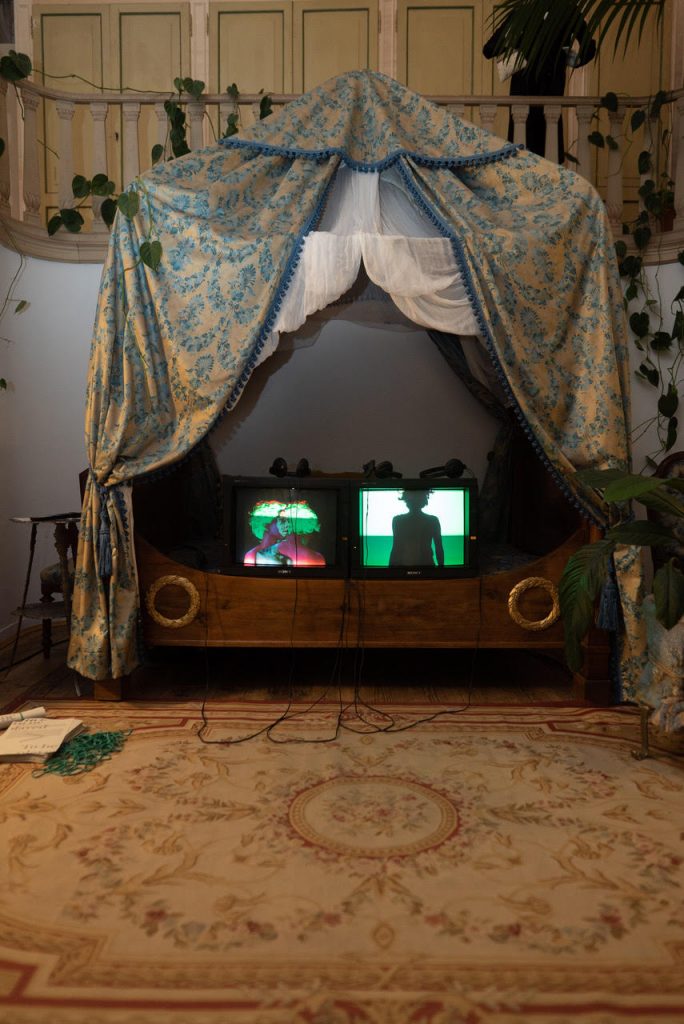