Painting a palm tree, drawing a shadow on parking, sketching a medieval tower or a legendary beachfront hotel. Representing the city of Hyères helps to value its extensive landscape, its colors and contrasts, its iconic buildings, and its common figures. All these characteristics refer to the idea of picturesque, whose etymology pittoresco means “in the manner of the painters”, “expressive, original” as well as “worth painting, giving a subject matter to a painter”. In 1950, the chief architect of Civilian Buildings Albert Laprade‘s sketches were published. He devoted to Hyères a drawing from his sketchbooks, on which are drawn and juxtaposed without hierarchy the frontage of the Saint-Paul’s Church, the corner of a street in the old town, a front door, a marble capital; objects he deemed “useless but pleasant!” [Albert Laprade]. These attentions to what is there – whether it is remarkable, historical or mundane – blur the lines between the outstanding tourist spots and the everyday practices. They include Hyères in “phenomena of recreational and geo-touristic reinventions and hybridisations” [Philippe Bourdeau] typical of post-tourism.

In the history of representation, cityscape painting is part of the tourist practice. In the 18th century, the confluence of Flemish landscape paintings and perspective in Italian painting contributed to the development of veduta art that throve in Italy thanks to the journeys of the aristocrats and upper classes [ Emilie Beck-Saiello]. The vedute were paintings of Venice’s panoramic and realistic views, that the tourists brought back home as a memory and a token from their travel. An early form of postcard of which Giovanni Antonio Canal, commonly known as Canaletto, was an exponent.

The figure of the amateur thus arose and played an active role in the circulation of works of art. The vedute were also a way for the cities to have a cultural influence beyond their territory through image.  Proportions, light effects are exaggerated to intensify the architecture. The picture brought back by the tourist is both a beautiful memory and a way for cities to seize a chosen imagery. Along with portraits, monuments are amateur painters’ favourite subject matter.

The works featured in the exhibition Archiville. Hyères l’architecture de la ville en dessin (Archi-city. Hyères the city’s architecture into drawings) are diverse but share common subjects: the city of Hyères’ noteworthy buildings. Like in Laprade’s sketches, some of them are monuments, keepers of a collective memory, such as the Saint-Paul’s Collegiate. Conversely, others are common buildings that became unique thanks to their architecture or their location in the city. Each of the buildings worth painting embodies the city.

The media used to represent the city are specific to each artist. They sometimes correspond to their affinities, sometimes to what they have handy: felt-pen sketches, pen or charcoal drawings, oil paintings, posters. The style of the paintings and the painters’ skilfulness are as remarkable as the act of representing and the choice to portray the city through a building.

The depicted topics gather the three great imageries of the city: the medieval constructions of the historical village: the steep street, the architectures of bathing culture and tourist hedonism of the 19th and 20th centuries: white concrete and palm trees, and less significantly more mundane motifs, but as much remarkable, of a French Riviera city: the floral roundabout.

Through the subjects and these eclectic styles, the city nonetheless seems to find an unexpected consistency. Brought together, the paintings reveal common characteristics. We notice the city of Hyères gives rise to flat tints rather than strokes, to bright colours rather than shades. Similar climate and textures transpire from artwork to artwork with this accuracy only made possible by painting. As if these buildings were the perfect occasion to capture something intangible that makes up the city of Hyères.

Archi-ville will be on show at Ville Noailles until the 23rd of Mary 2021, depending on government regulations. 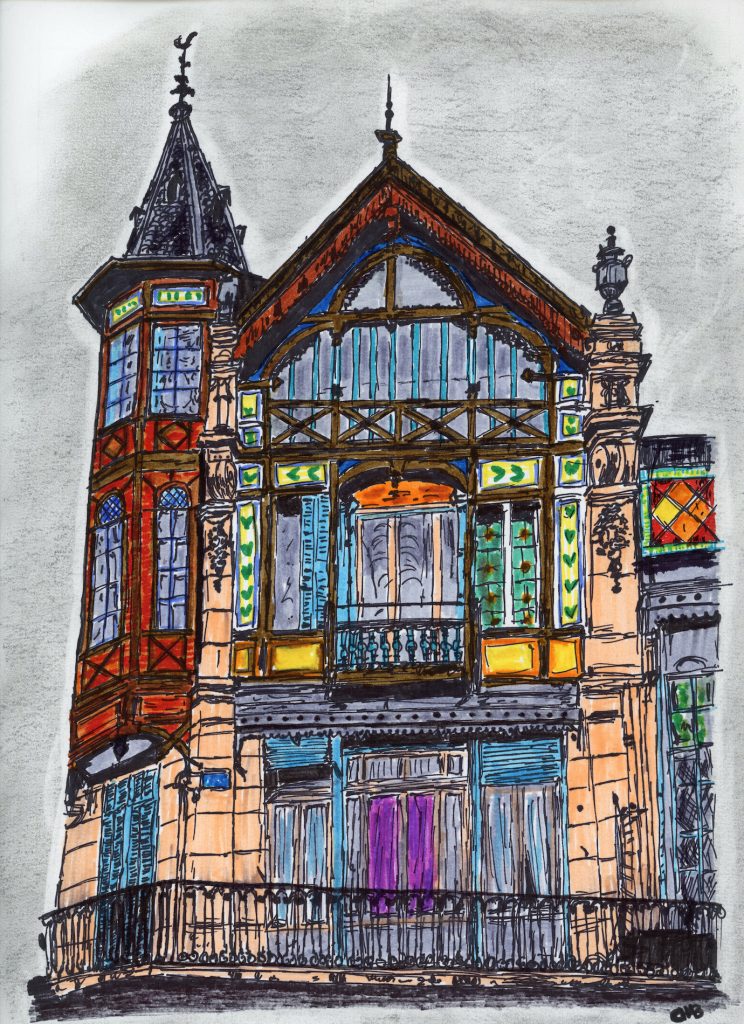 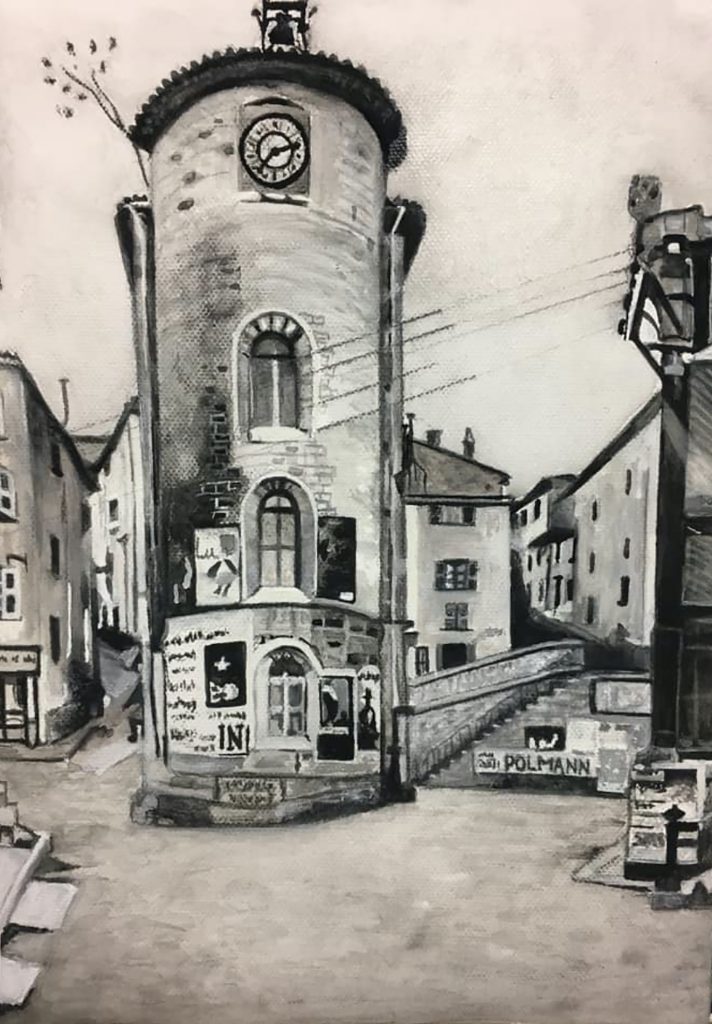 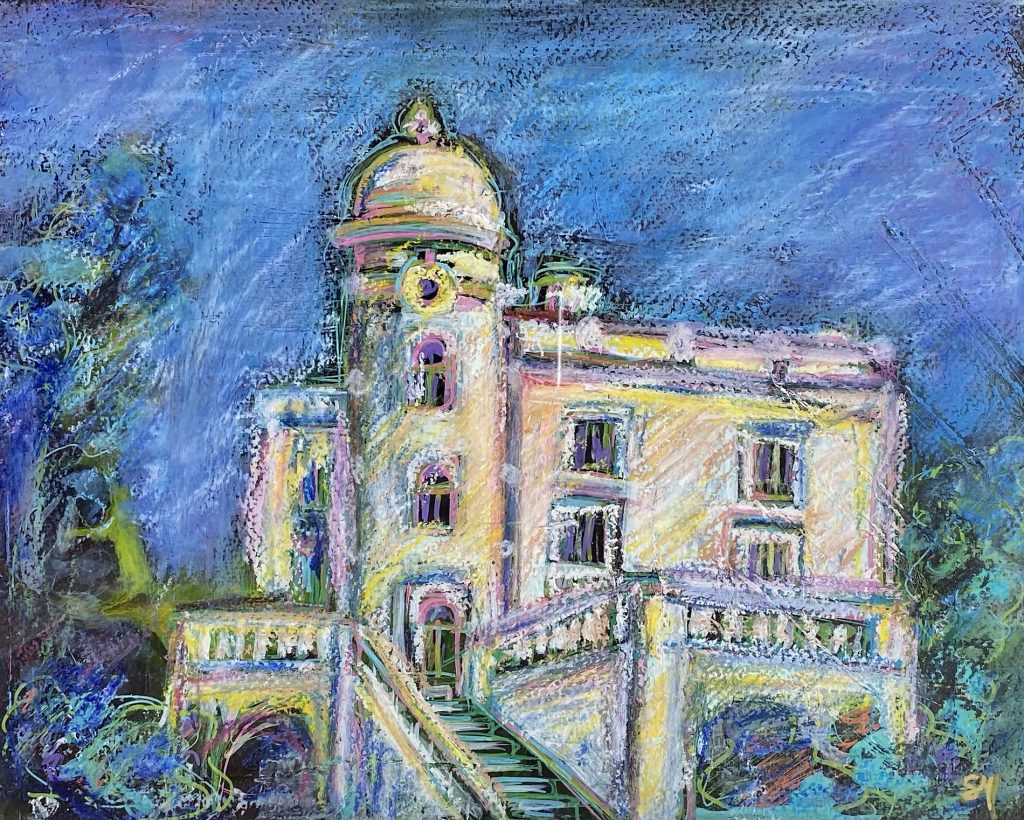 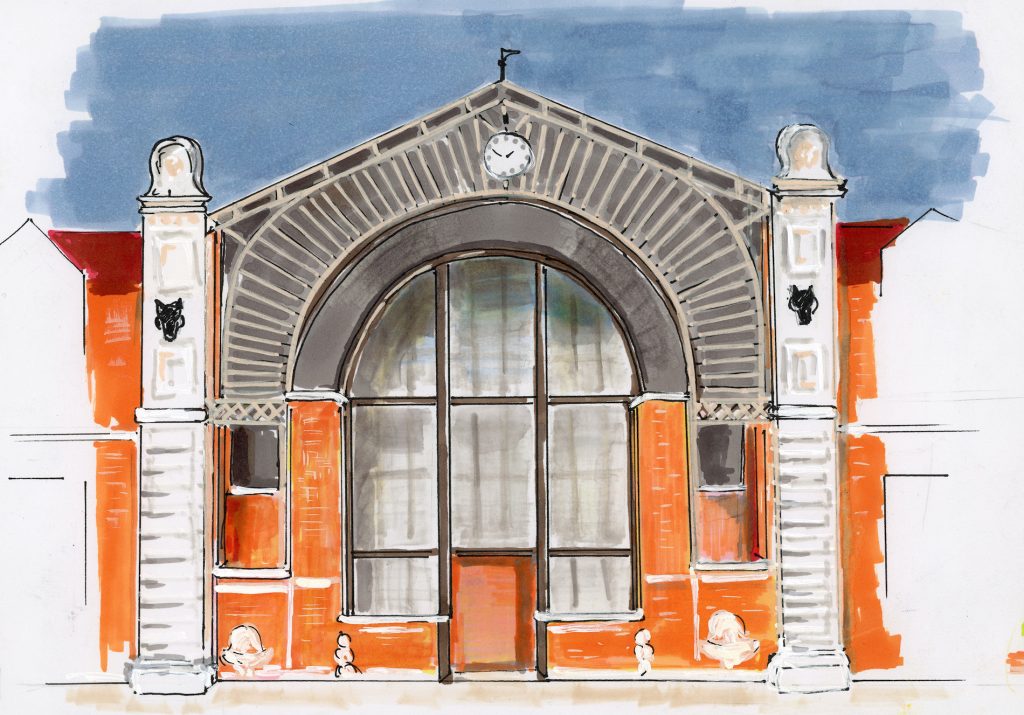 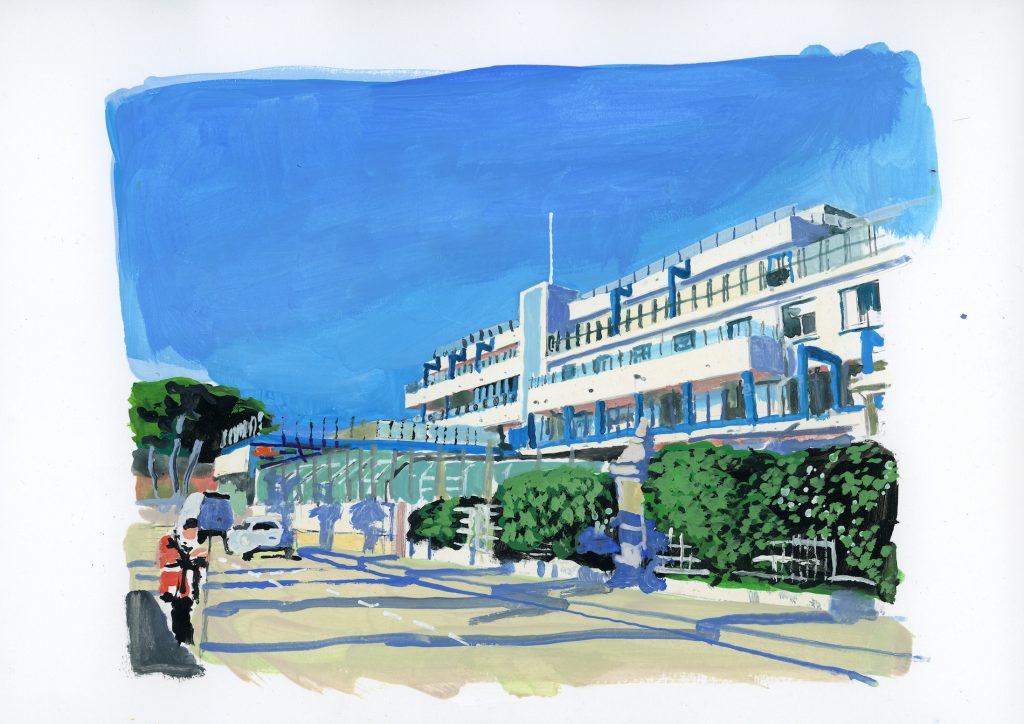