Fondazione Prada presents ‘Jannis Kounellis’ curated by Germano Celant, which shows a grand retrospective honoring the artist after his recent death in 2017. The show is on display from 11 May to 24 November 2019 at the historic palazzo of Ca’ Corner della Regina, Fondazione Prada’s Venetian venue.

The exhibition brings together more than 60 works from 1959 to 2015, originating from different international art institutions such as Centre Pompidou – Musée national d’art moderne and Boijmans Van Beuningen Museum. The works in question narrate the artistic history of Jannis Kounellis centering around key moments in his visual poetics.

When he started his artistic practice in the 60s, his interest was in urban language. By reproducing actual writings and signs from the streets of Rome in black letters and arrows onto white canvases, he attempted to express a fragmentation of the real. It was the same fascination in deconstruction that led him to natural subjects like sunsets and roses.

The artist’s investigations pursued a more radical goal a few years later. Kounellis left the traditionally pictorial uniformity behind and embraced concrete and natural elements. He was captivated by more physical and environmental aspects and his conceptual process became interwoven with elementary materials. The following years were dedicated to exploring the possibility of physical experience within his practice. Whereby the artist explored sensorial investigations around sound, sense and even scent as either an iteration or extra layer of his artworks.

Kounellis is widely known as one of Arte Povera’s protagonists. An Italian movement from around the 70s that denied material exaltation in favor of an authentic form of visual expression and recalled ancient culture with a contemporary spirit. Oscillating between a classical and radical practice, the artist would create fundamental works leading to an energetic and cultural exchange with the viewer. He created increasingly intense and fluid art that enveloped components such as natural and historical, corporeal and symbolic at once to emphasize their mythical valence.

Shortly after, Kounellis created his infamous ‘fire daisy’ and the phenomenon of combustion began to appear frequently in the artist’s work: a “fire writing” that enlights the potential of flames. The following years, with the advent of a political and artistic situation of a conservative nature, this practice was reduced to the form of a candle and paraffin lamp. At the height of this combustion, his works were filled with different references to gold. For example, the installation Untitled (Tragedia civile, 1975) involves the contrast between the gold leaf that covers a bare wall and black clothing, hanging on a hanger. The dramatic nature of this scene alludes to a personal and historical crisis. It functions a self-portrait, sacrificed and therefore absent, expressing the suffering of an existential and creative condition. There is a certain division between past and present, still retaining some hope for return, suggested by the presence of the lit acetylene lamp.

Kounnellis’ work between 1979 and 1980 is characterized by traces of soot on stones, canvasses, and walls to indicate a ‘return to painting’. The artist developed his industrial chimney motif, in other words, the exact opposite of the primitive force of flame that is in fact imprisoned in the brick structure. While fire symbolizes references to revolution, soot and smoke released from the industrial chimney represent dissolution and the end of every potential political and social activism through art.

We see that throughout his artistic research, Kounellis develops a tragic and personal relationship with culture and history. Eventually, he would represent the past with an incomplete collection of fragments. Another symbol of the artist’s intolerance for the dynamics of his present is the door, displayed in this exhibition in three different declinations dating from 1972 to 2004. The passageways between rooms are closed up with stones, iron reinforcing bars and lead sheets revealing the historical interiority of the building and making several spaces inaccessible in order to emphasize their unknown, metaphysical and surreal dimension.

The retrospective is completed on the ground floor by documents, films, exhibition catalogs, invitations, posters and archival photographs that trace Kounellis’ exhibition history. The show is accompanied by a volume that includes an essay by Germano Celant and an extensive illustrated chronology, documenting and exploring Jannis Kounellis’ artistic career and biography. Designed by 2×4 and published by Fondazione Prada. 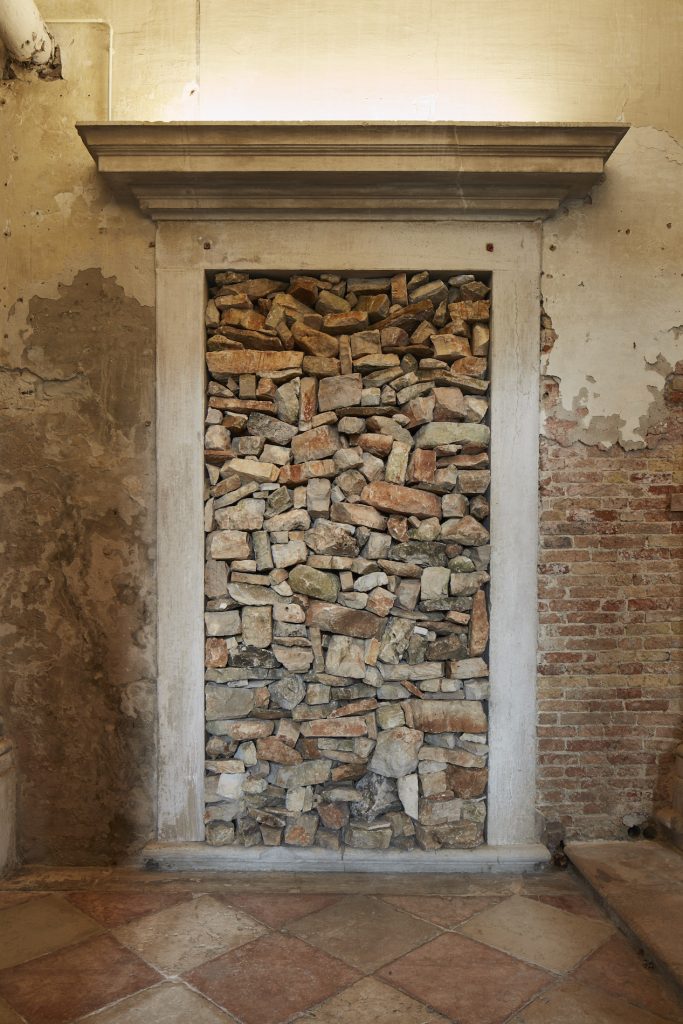 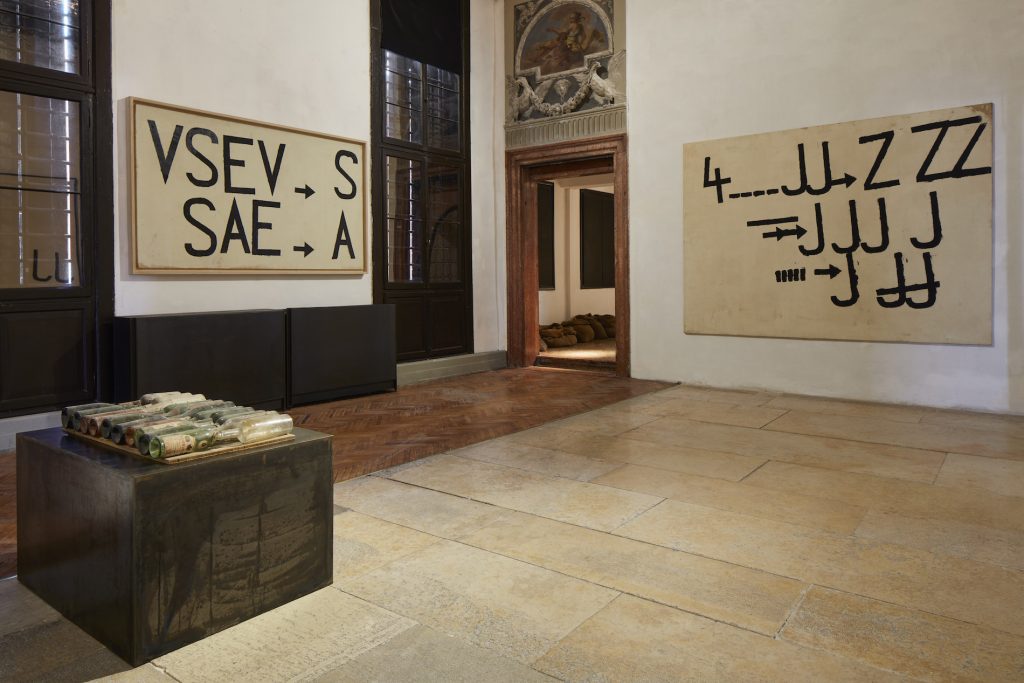 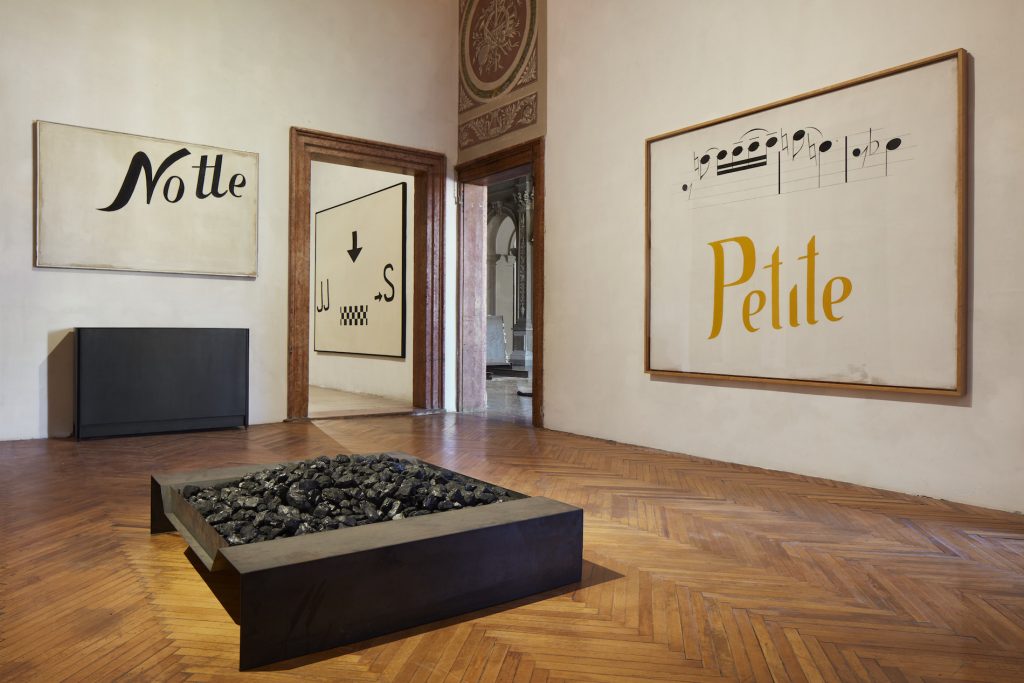 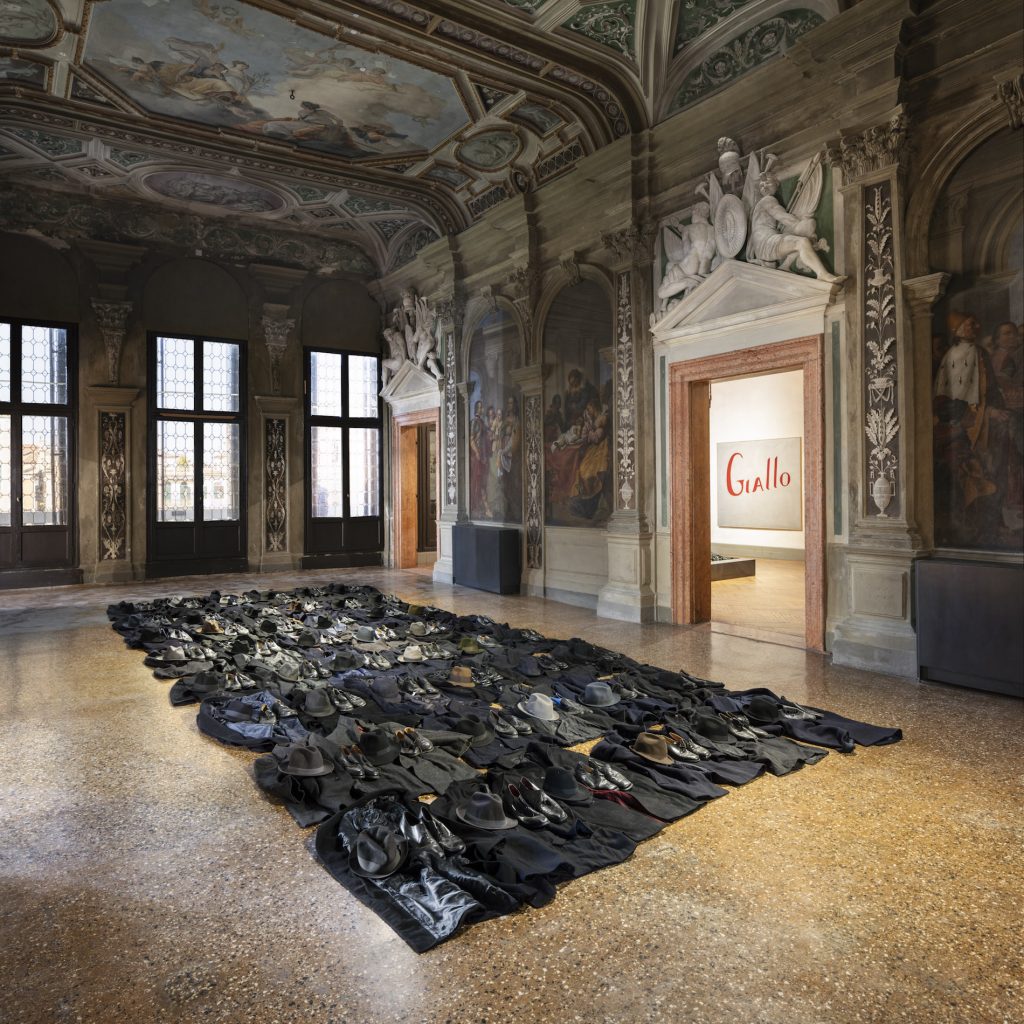 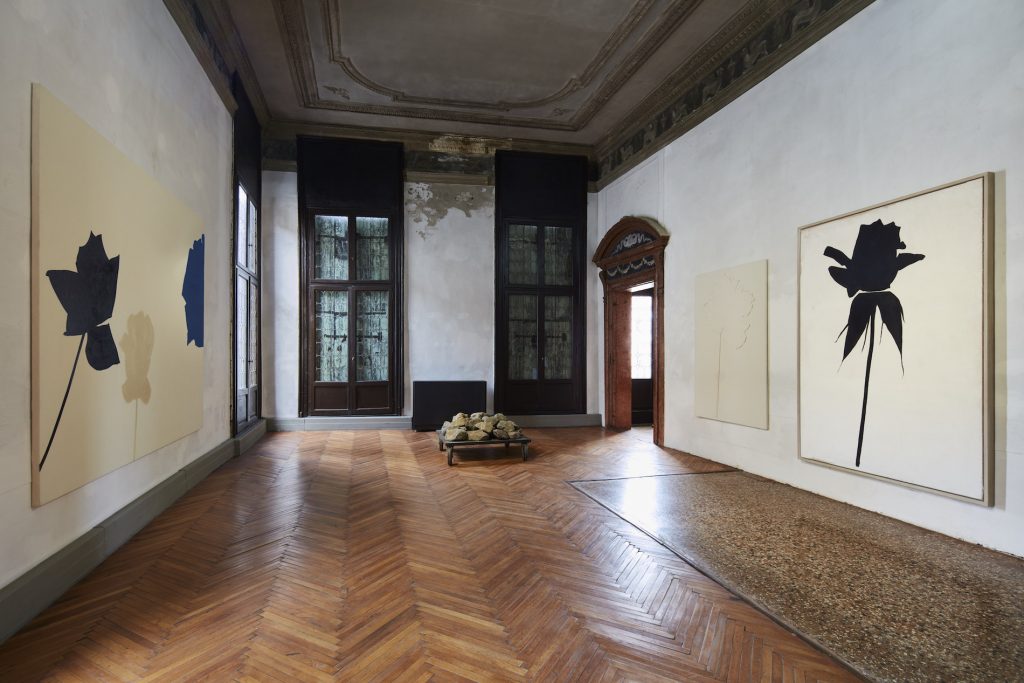 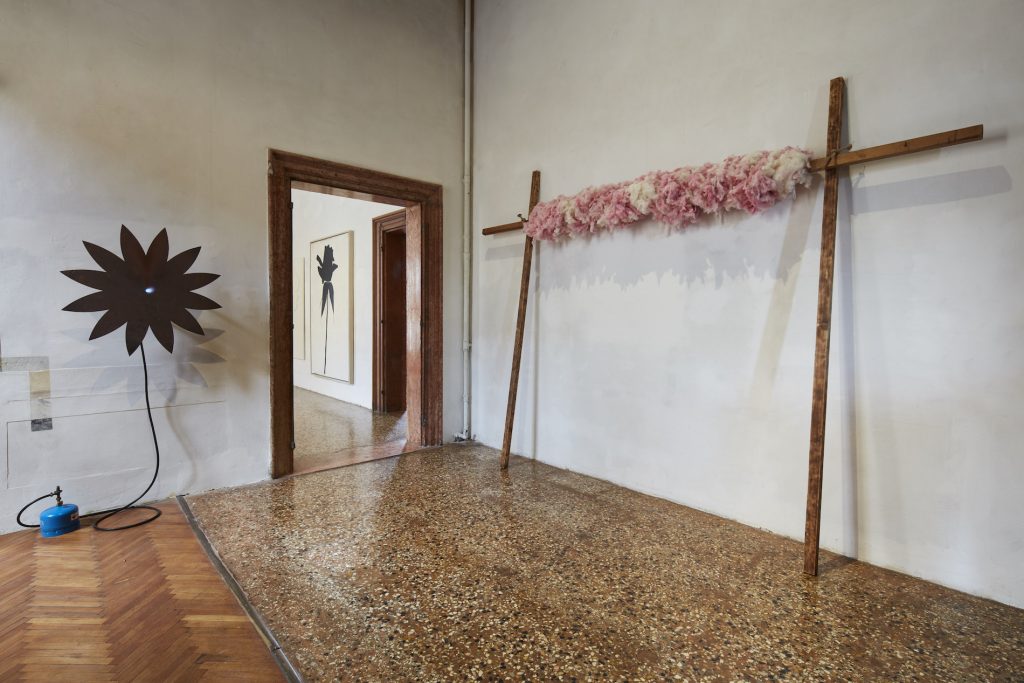